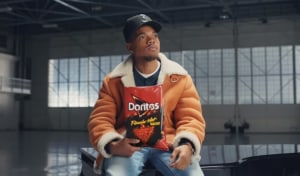 The price for a 30 second advertising slot at the Super Bowl has reportedly risen to $US5.6 million ($A8 million).

That works out at $A266,000 a second for the February 2 National Football League event in Miami which brings in an audience of about 100 million.

Among the new advertisers at the Super Bowl is Facebook which has bought 60 seconds for an ad with Chris Rock and Sylvester Stallone.

The Fox network has sold it inventory for the Super Bowl with some brands missing out because they didn't have their ads ready early enough.

“We have sold all of our in-game inventory in the Super Bowl,” says Seth Winter, Fox’s executive vice president of sports sales.

"There are a number of advertisers, frankly, who couldn’t land their spots with us because their creative wasn’t ready or because of some indecisiveness, so we are going to go to pre- and post-game inventory to land their units.”

The 2019 Super Bowl had 49 minutes and 45 seconds of televised commercials.

Anheuser Busch InBev, the world's largest brewer, spent the most with an estimated $US59 million for 5 minutes and 45 seconds of air time. Second was Amazon.com with estimated $US25 million.