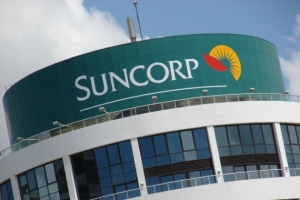 Suncorp is reviewing its media agency of record 18 months after it appointed Publicis as part of a wider restructure of its marketing arrangements.

The review is being led by recently appointed CMO Mim Haysom, who joined the brand from M&C Saatchi this year.

The Suncorp Group spent $74 million on media in the last 12 months from September 2017 to August 2018, according to Nielsen, making it a significant account in Australia.

Suncorp last reviewed its media in 2016 and appointed Publicis Groupe in 2017 to create a bespoke model to reposition the group’s brand.

Haysom confirmed the review to AdNews.

“We are recalibrating our brand allocations across our current creative agency partners. The media RFP tender process is still in process, which means this is commercial in confidence and we cannot disclose the details," she says.

As a result of the recalibration of its approach, AdNews understands Suncorp has recently made a slew of redundancies.

"Suncorp has shifted from a ‘house of brands’ strategy to a network of brands model, with Suncorp as the Masterbrand," Haysom says.

"To deliver this, we are evolving both in our ways of working and how we are structured. Our priority remains on supporting our people through these changes and, where applicable, finding suitable alternative roles. As such we’re not in a position to confirm numbers.

As well as a review of its media agency, Suncorp is currently pitching creative for its sub-brand APIA, which previously worked with DDB Melbourne.

DDB Melbourne was forced to resign the account as Suncorp shifts towards a masterbrand strategy which saw AAMI, Bingle, GIO and APIA move under the Suncorp umbrella. This caused a conflict with long-term DDB client, Westpac.

Suncorp's financial marketplace strategy was announced by CEO Michael Cameron in late 2017 and sees Suncorp transition to one operating model to give customers a single digital customer experience and removes distinctions between its various brands.

The strategy has been likened to an iTunes store of financial services – a one-stop shop where customers can use an app to do things like check personal finances. Since its announcement, it's been widely criticised by analysts.