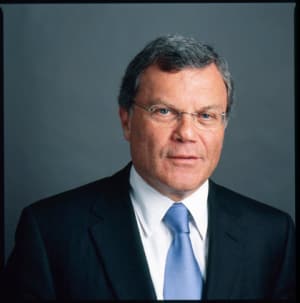 STW has halted trading of its shares on the ASX “pending an announcement” which could see a takeover by WPP as early as next week.

The ASX statement issued today said: “The trading halt is requested because of a loss of confidentiality in negotiations relating to a potential transaction and is expected to last until the open of trading on 15 December or earlier.”

Rumours of a takeover by Sir Martin Sorrell's group have been circling for some time, with Cavendish Square Holding, which operates as a subsidiary of WPP buying more shares in the company in October, taking it's stake to 23.55%.

STW is the largest communicators group in Australia and houses around 70 companies across media, marketing and PR. It has joint ownership with WWP of agencies such as Ogilvy and JWT. It has struggled over the last two years with profit sliding and CEO Michael Connaghan calling its financial performance “challenging” in its half year results announcement in August.

The Australian group has been restructuring over recent months as part of a strategic review that has included selling off agencies such as The Conscience Organisation which was taken back under the ownership of its management team.

It has also been undergoing a strategic review this year as it looks to improve business performance following this turbulent period. The strategic review has included a focus on what it calls “Fewer, bigger, better businesses” which has include the creation of Ikon Group through a merger of Moon and Ikon and the recent creation of Ogilvy Brisbane after JuniorCru was absorbed into Ogilvy.

WPP is the largest global communications company, headed up by Sir Martin Sorrell. It is listed on the London Stock Exchange and owns communications groups such as GroupM and Y&R Group.