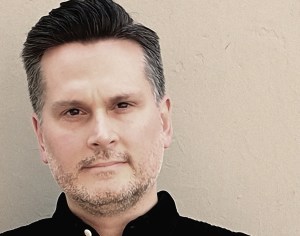 The appointment marks the first time in BBH’s 38 year history that its has hired from outside for the top creative role.

"BBH London is a beacon of creativity," he says.

"I’m excited to be joining the brilliantly inspiring Jab (Joakim Borgström) and the most creatively charged and passionate leadership team. I know we have what we need to make some of the best work of our lives."

During his six years at Clemenger BBDO in Melbourne, where he was chief creative officer, he helped guide the agency to Cannes Lions Agency of the Year, the first time an Australian agency has received the prize.

Two years ago, he was ranked the number one creative director in the world by the Cannes Lions Global Creative Index.

In 2017, he took home 56 Cannes Lions, including two Grand Prix, for his campaigns on a range of clients including TAC, Mars and Airbnb.

His Meet Graham road safety campaign for the Transport Accident Commission (TAC) was the most awarded creative campaign in the world that year.

De Wolf was also behind the acclaimed Snickers Hungerith work, which gauged the mood of the internet to adjust the price of Snickers in 7-Eleven stores in real-time.

Joakim Borgström, worldwide chief creative officer of BBH: “Stephen is a talent of the highest calibre and I’ve been jealously following his ideas for years. If I could, I would love to dive into his brain to see what he is cooking, and how he is cooking it. I can’t wait to see what he brings to BBH London. It’s going to be amazing.”

Neil Munn, group CEO of BBH: “We searched far and wide for a leader with impeccable creative standards, who can also evolve our business. We have found the right person. Stephen brings pedigree, talent and an infectious energy to succeed.”