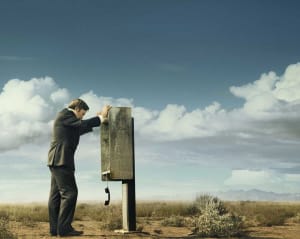 The Wolf of Wall Street, The Inbetweeners 2 and the Lego Movie are just a few of the box office hits to be shown on subscription video-on-demand (SVOD) platform Stan – thanks to a new deal inked with Roadshow Film.

Joint Nine Entertainment Co and Fairfax Media venture Stan has today announced a content licensing agreement that will make it the only SVOD platform in Australia to make available the distributor’s latest films in 2015.

Titles streamers can get their mitts on include include The Hunger Games: Mockingjay Part 1, Edge of Tomorrow, A Walk Among the Tombstones, John Wick, The Judge, and Australian films Wolf Creek 2 and Felony.

“As Australia’s largest independent film distributor, Roadshow has a history of bringing incredible films to Australian audiences. We’re proud to add so many of these celebrated and much loved movies to Stan’s line-up.”

Subscribers to Stan, which is an ad free platform, will have access to Roadshow’s catalogue titles including The Matrix Trilogy, Peter Jackson’s The Lord of the Rings Trilogy, Sex and the City: The Movie and Sex and the City 2, Sherlock Holmes and Sherlock Holmes: A Game of Shadows. Australian favourites such as Red Dog, Mad Max and The Man from Snowy River will also be available.

The deal adds to Stan’s line-up of films, as licensing agreements with MGM, Studio Canal and SBS World Movies have also been announced, with more to follow in coming months. Stan’s library of movies, TV shows and kids programming are all included in its $10 monthly fee.

A selection of Roadshow’s TV series will also be available on Stan including the hit series from the UK Utopia, Australian productions Bikie Wars: Brothers in Arms, Brides of Christ, and from iconic Australian production company Working Dog, the series run of Frontline and more.

MD of Roadshow Entertainment, Chris Chard, said: “Roadshow’s strong slate of movies in 2014 delivered a hugely successful year at the box office. We’re thrilled to offer these hits to Stan, allowing Australians to enjoy the very best in movies and highest quality television series from our respected content partners, wherever and whenever they want on the new streaming service.”

The launch of Stan, and its ad campaign featuring Australian actress Rebel Wilson, comes just two months ahead of the arrival of its competitor Netflix.