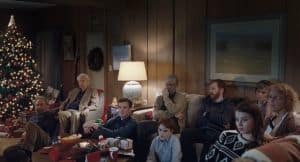 US streaming behemoth Netflix thinks its plans for world domination could be done and dusted in the next two years, just as its US service starts to plateau.

It also plans to win the streaming wars with original content as it "leads the charge" in internet TV.

Releasing its fourth quarter results to investors today, Netflix, which admitted it faced 'tough competition in' the Australian market said that it believes it can complete its global expansion within the next two years, while staying profitable.

With expansion done and dusted, Netflix said it said that it would start generating “material” global profits from 2017 onwards.

One of the markets Netflix is chasing is the Australian market, with a launch rumoured to be taking place on March 31, although this is unconfirmed.

In the midst of its excitement over international expansion is a marked slowdown in subscriber addition on US soil.

While it marginally beat its own internal forecasts for US subscriber growth, its 1.9 million additions for the fourth quarter was down from 2.3 million for the corresponding period in 2013.

It did expect a slowdown, but after previously saying it could have been because of a price hike in May, it now says the slowdown is a “natural progression”.

“We think, instead, the reduction in year on year net additions is a natural progression in our large US market as we grow,” it told investors, in a letter penned by CEO Reed Hastings and chief financial officer David Wells.

It said it would now look at the way it grows content and marketing spends in order to preserve and even grow margins, even in the midst of a slowdown of US subscribers.

While it told investors that its original content such as House of Cards and Orange is the New Black was the most effective carrot for growing subscribers, it was also some of its most cost-effective.

However, probably not included in the cost-effective category was original series Marco Polo, on which Netflix spent a rumoured $90 million on ten episodes. While the seires was a critical miss, chief content officer Ted Sarandos defended Netflix's decision to renew the series in an earnings call.

He said the viewing levels of Marco Polo had been "phenomenal", adding that "I believe it hard to believe you can build sustainably on content that is well reviewed but not watched."

It now plans on releasing 320 hours of original series, films, documentaries, and stand-up comedy specials, which is triple the amount of content it released last year.

In other news, it said that it had picked up the US and Canadian rights to The Interview, which was initally pulled from theatres by Sony.