The ace up Quickflix's sleeve 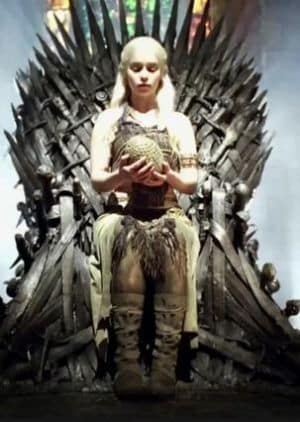 Quickflix may be about to ramp up its below-the-line marketing arrangements in response to increased competition, and it could hold the ultimate ace up its sleeve: Game of Thrones.

Yesterday the subscription video on demand (SVOD) joint venture between Foxtel and Seven West, Presto, outlined a suite of HBO content available on the platform its year.

Conspicuous in its absence was hit show Game of Thrones, with a Foxtel spokesperson saying yesterday that Foxtel understood that HBO would not allow the popular show to appear on any SVOD services worldwide as it attempts to build its own service.

It should be noted that Game of Thrones will be available on Foxtel's Go catch-up service, and via its boxsets offering.

Such an arrangement would seemingly indicate that HBO is hoping Game of Thrones will be the carrot to get subscribers onto its platform when it launches.

So while new services may not be able to show it, the effect of the stance on existing arrangements is not known.

While he would not comment on commercial arrangements, speaking to AdNews, Quickflix CEO Stephen Langsford said subscribers can expect its back-catalogue of Game of Thrones content to be availble.

“Yes, we will have Game of Thrones next year. We're obligated to,” Langsford said.

“When we make our content available we actually serve that from the cloud so you continue to have a digital entitlement for accessing that content from Quickflix forever more.”

While Langsford said its existing catalogue of Game of Thrones back-catalogue would be available, it is unclear whether new episodes would make their way onto the Quickflix platforms.

Meanwhile, Langsford said Quickflix would be ramping up its below-the-line marketing efforts this year in response to players such as Presto, Netflix, and Stan hitting the Australian SVOD scene.

Presto will have the marketing might of Seven West Media and Foxtel at its disposal, Netflix will have a rumoured $30 million marketing war chest while Stan will be leveraging the data assets of Nine Entertainment and Fairfax.

So how can a company with a grand total of $2.6 million cash on hand hope to possibly compete with those players coming after its lunch?

By doing more of what it's been doing.

Langsford said that while he appreciated the challenge of having a lot more competition in the new year, Quickflix wasn't about to hit the panic button.

“New players entering the market is a sign that streaming is about to enter the mainstream,” he said.

“To that extent the effort from ourselves and other players in the scene in building the category should certainly advantage Quickflix because we are an existing player.

“We’ve got a very competitive offering and a differentiated offering to those other players. Our service includes DVD and that’s still the major market in Australia.”

While Quickflix is in the middle of a $5.7 million capital raising for investment in content and marketing purposes, it will still play solely below-the-line.

Currently, the company does its marketing via partnerships and bundling with third parties to engage in cross-promotion.

“In the case of our streaming service, because we’re across so many devices with all the major SEA manufactures and the like, we typically have promotional arrangements with each of those players,” Langsford said.

“Whether that’s a bundling deal with a smart TV where you buy the TV and you get Quickflix for free for a certain time, or with a game console and other devices. We work with those marketing teams to have various promotions out there in the marketplace.”

One such example was the deal it announced with Sony and PlayStation recently, whereby PlayStation users were given the option to pay-per-view or purchase a season pass for movie and TV content, in addition to the subscription service previous offered.

Langsford also said Quickflix leverages the customer lists of various verticals such as loyalty, retailers and financial services in the quest for more customers.

“We can use those to reach a large customer base. Given the [positive] nature of our move and TV offering, we work with those to give a great offer to their customer base,” he said.

Its answer to the looming rush of SVOD players in the space is not to alter its approach, but to ramp it up.
“We’ve always been active in that approach and we will be even more so looking forward to 2015,” Langsford said.

“It's not like we're doing nothing. We're going to be upping the ante in terms of all the ways and means we currently get promotional offers out to market, but we don't have the marketing firepower of our competitors to be up there waging a war.”

Will Tony Soprano whack the competition?

Why streaming wars will usher in golden age