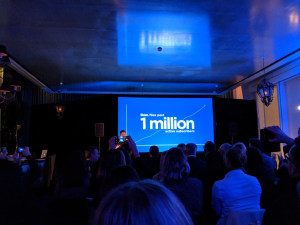 Local streaming service Stan has surpassed the one million subscriber milestone, three years after its launch in Australia.

The figures were released today at a mini upfronts held in Sydney, alongside a slate of new content deals and original productions, including a multi-year deal with Metro Goldwyn Mayer (MGM) and Lionsgate.

The partnership with MGM will bring all future MGM drama series and hundreds of hours of MGM TV series and movies, including the Bond franchise to Stan.

Reaffirming its commitment to Australian content, Stan CEO Mike Sneesby also announced a series of brand new Stan Original series that will go into production across the country in the next few months.

Two major series were revealed, including new Stan Original Series Bloom, a 6-part mystery drama, and The Gloaming, which is a 8-part drama series.

Sneesby said these important programming announcements will be the key driver to Stan's business growth and strategy and will help the business "change the face of TV" in Australia.

"The Australian television landscape continues to change rapidly and with that change, the ambitions and opportunities for Stan continue to grow," Sneesby said.

"We have set out to pioneer the future of television in Australia and today’s subscriber milestone is a great indication of how quickly Aussies are changing their TV viewing habits."