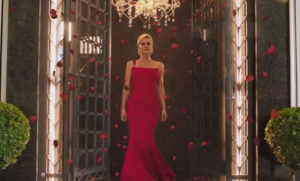 Hot on the heels of The Bachelor finale last week week, Ten’s The Bachelorette is hitting the small screen and has secured big brand sponsors for the third season of the spin off show.

Expect to see feasts of tacos and shots of contestants underwear, with One Night in Mexico and Underworks securing themselves as brand sponsors for the upcoming season, along with Maybelline New York, Mitsubishi Motors Australia, dating site eHarmony, skincare Sukin and contact lenses label Dailies Total1.

Maybelline has returned for the second year as a sponsor.

Actress and former radio host Sophie Monk is the lucky lady set to score a few free mexican feasts and maybe even find her soulmate. Monk's season is expected to be a ratings winner, with Ten leveraging her celebrity status.

Network Ten GM of revenue and client partnerships Rod Prosser says: “Sophie is home-grown talent who is known for making Australia laugh with her self-deprecating humour. Her down-to-earth, mass appeal across all age groups has resonated incredibly well with big-name brands who are thrilled to complement Sophie’s new search for love through brand-driven integrations.

“Sophie’s funny, honest and endearing qualities, along with the success of the much-loved franchise and the show’s committed fan base, has seen interest in the series at an all-time high and helped us secure a significant uplift in sponsor revenue this year."

On this year's season of The Bachelor, which came to an end last week, Wrigley's Extra made a regular appearance throughout the show.

"This immersive viewing environment, coupled with the star power of a well-known Australian celebrity such as Sophie Monk, will provide even greater pull and intrigue for audiences in series three."