Sizmek GM Thomson on the 12 months since Rocket Fuel acquisition 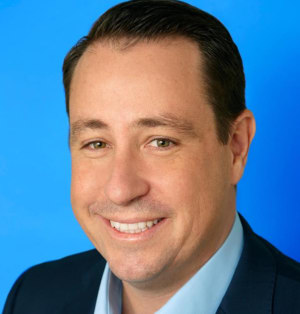 Sizmek acquired Rocket Fuel in September last year in a $145 million deal that brought together two big players in the global ad tech industry. What followed thereafter was a re-brand where the Rocket Fuel name was promptly extinguished.

Country manager Damien Thomson took the reins as general manager APAC, and began the integration of the two businesses.

12 months later, Thomson sits down with AdNews to reflect on the changes to the business, the need for creativity in ad tech, why transparency is still a burning subject and its new tech stack offering.

It’s been a big 12 months for Sizmek…

With the acquisition of the Rocket Fuel business, we've been focused on integrating the business and operations side of the business to create a full tech stack offering for agencies and advertising. This has created a huge opportunity for us, not just in Australia but also in Asia.

The Rocket Fuel business in Australia had a limited client offering and certainly had very little presence across Asia. Whereas the Sizmek brand had a very strong, deep rooted history in this market and across the broader APAC market in traditional creative, rich media, ad serving, tracking and analytics. The Rocket Fuel business was focused more on performance-based advertisements. The marriage of performance with creative and data is where we now see ourselves heading in the next 12 to 24 months.

It was said that the axing of the Rocket Fuel brand was to ensure transparency. Can you explain this?

The Rocket Fuel business historically was one that primarily focused on managed services, similar to the way that Quantcast or MiQ operate in the market today. What we know is that that model of buying is really incompatible with where advertisers and agencies want to be. Advertisers want greater transparency about how their media investment is being spent and the platform being used. They want to be able to see more deeply into the media chain supply and how that media is performing.

How important is creative to ad tech?

Certainly over the last year to two years, the industry has been focussed very heavily on optimisation of media and optimisation of audience, and probably hasn’t focused as much on creative. We have the technology to reach a particular audience, but we still need creative to win them over.

What trends are you seeing in the industry?

There’s certainly a movement towards video and connected TV. Connected TV represents a huge opportunity in Australia in particular. It’s a 100% brand safe environment and has viewable impressions so you know that you’re reaching a specific audience and that they’re watching the ad.

In saying that, it has the same challenges with TV with viewers getting up and walking away from the screen, but in terms of visibility on screen, it’s large screen format, it’s viewable, and it’s a safe environment so I think we’ll see more advertisers looking to advertise in that environment and then moving away from some of the more traditional, standard display based opportunities.

Could this mean the end of display?

Standard display might reach the audience and might create a sense of awareness, but the impact isn’t going to be as great in large format. The more audience you’ve got migrating away from free-to-air networks into these connected environments, the more they cut the cords on free-to-air and favour connected content on TVs, phones or tablets, it means there’s a unique opportunity to reach those individuals.

Is that bad news for the free-to-air players?

No, I think it’s an opportunity for them. They all have apps that are available to consume content and the content on free-to-air is as strong as it’s ever been. People can now time shift their viewing and watch it on their terms and advertisers can take advantage of that environment, which offers more targeting.

What are the challenges facing the industry?

There are lot of point solutions that pop up in the marketplace and they may seem great, but as we’ve seen in the last 12-24 months, companies have come and gone quite quickly, particularly in the Australian marketplace.

Australia’s a difficult place to roll out tech and support tech and sell tech if you haven’t got scale. In the absence of scale, there are expectations around the Australian marketplace that are difficult to support.

A lot of companies that might have received funding from overseas to launch operations in Australia, they have very high expectations around sales return. Typically, agencies and advertisers are slow to respond in Australia, so for those local operations that launch, it can be very difficult to last more than a year.

How do you avoid the same fate as the players that have came and gone?

We’ve got a broad tech stack. We operate our ad serving platform, we have a DCO offering, a DSP offering and we're able to provide data solutions. We also have a consulting team that's able to work with agencies and advertisers on a strategic implementation and the roll out of tech. While we’re a tech company, we have a very broad product offering and we have a deep knowledge of how to use and implement that tech. We’ve got quite a diversified revenue portfolio, so we’re able to do things that most point solutions can’t do.

What’s on your agenda for the next 12 months?

The agenda for me is still very much focused on transparency and making sure that we continue as an industry to push for that agenda in this market. There are a lot of areas that I think we need to continue focussing on to make sure that the advertisers’ money is invested and spent in the most transparent, efficient way. That’s one area that we’ll continue to campaign against.

In terms of broader business objectives, we're focused on launching our new tech stack. We have a new ad server that's gradually being rolled out in market in the next three months and a new DSP interface that will be rolled out from September. There’s a lot of new product initiatives that we’re educating the market on and that's the focus for Australia.

In broader APAC there’s the opportunity to introduce a lot of the agencies and advertisers to the Sizmek DSP for the first time. We're seeing huge growth in markets like India and we’ll continue to support that growth. Southeast Asia’s probably a little bit behind, but we’ll support the markets in Southeast Asia, and then Japan and China also present a unique opportunity.