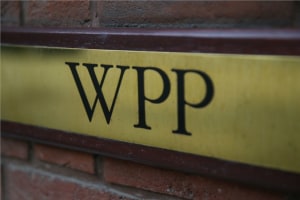 WPP AUNZ’s share price has plummeted as much as 28% following news that CEO Mike Connaghan will exit the business at the end of 2018.

The company also announced an earnings downgrade yesterday, revealing it expected earnings per share for the financial year to be down between 12% and 15% - news that would have contributed to the collapse in share price.

Net sales are expected to fall between 1% and 2%, a statement on the ASX said.

Connaghan was previously the CEO of STW, which was merged with WPP in 2016. In total, he’s spent 25 years within STW and WPP.

WPP AUNZ chairman Rob Mactier said it was the right time for a “renewal” of leadership now the merger is complete.

In its last financial results, the holding group told shareholders it expected 3% growth in this financial year.

It reported a 3.8% half year profit increase from $41.9m to $43m. At the time, Connaghan said the result was “disappointing” and cited a conservative market as a reason for the small growth.

A global search for Connaghan's replacement has begun, as executive director John Steedman steps in to lead the executive committee over the coming months.

WPP chief transformation officer David Fox has been tipped as a candidate for the top role, but AdNews understands the holding company is looking overseas for fresh talent.

Former DDB New York CEO Chris Brown, who announced his departure from the agency last week, has also been tipped as a possible candidate. Brown led DDB Group Australia prior to joining the New York office.