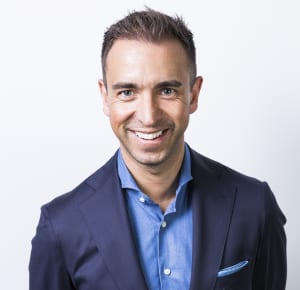 Speaking to AdNews ahead of news about his new commercial MD role at Carsales, Ryan said InvestDirect, which launched in September with $150 million in billings, allows smaller independent media agencies and small to medium enterprise (SME) clients to directly book media through DAN, while also utilising other key services throughout the network.

Falling under what Ryan and DAN call "diversified services", which are agencies outside of its traditional media offering, the service has launched in direct response the "under-serviced" SME market.

"We picked up two quite large agencies and that was good, but the rest of it is the SMEs, which quite frankly are not being effectively serviced and engaged in the Australian media economy," Ryan said.

"There are billions of dollars spent in that area and they're not getting the help that they deserve to grow their businesses."

While comments have been raised as to whether this is a new model or an offering similar to what other holding groups already have, Ryan says this is not the case, adding that the growth of the service highlights the "unique point of difference" it has compared to its competitors.

"The competitive models are largely transactional. The model that we've brought into play is linked by a number of tools and processes and bespoke planning tools that enable them to actually navigate the environment a lot better than what our competitive set could do for them," Ryan said.

"Clients are seeing the point of difference, which is a cost-effective model that provides deeper access to tools previously unavailable to them - which we can provide through our multiple diversified services and this is where we create a competitive advantage compared to other models."

DAN has stated that it does not consider an SME to be a business that has an annual media spend of $5m or more.

Ryan said DAN is seeing a shift in the market, stating that the SME market is largely ignored by larger agency groups, which is why InvestDirect has also secured partnerships with larger independent agencies.

He said for those clients that already work with agencies, InvestDirect provides a deeper set of buying and planning tools that allow for a more "targeted and refined" media strategy, while also incorporating a large amount of automation into the offering.

"We've built a lot of automation into it and there are systems, tools and process that remain housed within DAN, but we can also place systems into smaller agency groups and some smaller clients to be able to teach them. Programmatic is an example," Ryan said.

"The other thing is it gives them access to best in market media performance followed by rates, delivery, economic and econometric modelling - a number of different things that will actually assist those clients to achieve better results."

He said the "proof is in earnings", adding that the business is now worth $160 million in billings, with Ryan predicting that InvestDirect will climb to $250m over the next six months.

Late last week it was revealed that Ryan would be exiting the holding group after being appointed CEO of DAN in February 2016 replacing Luke Littlefield. Prior to that, he was the CEO of Carat for seven years and also held roles at MediaCom and UM.

That same day, the media boss was revealed to be taking over the role of Carsales' commercial MD, replacing Anthony Saines who will exit the business at the end of the year.

However, Ryan will remain with DAN until a global search for his replacement is found.

Earlier this month, Ryan sat down with AdNews to discuss the progression of the DAN, following the launch of Amplifi, a centralised investment arm, the introduction of people-based marketing platform, M1 and its new government services division.

He issued a bold warning to other agencies saying they must transform their models or risk disappearing.