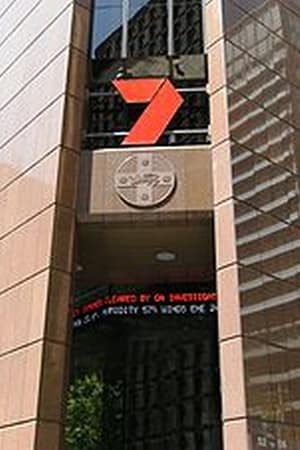 With audiences segmenting and total advertising dollars down, the scrap for what audience is left is becoming increasingly cut-throat.

Seven put the win down to a focus on local content rather than ripping shows off the satellite from overseas.

“We’ve made more local shows this year than ever before and the audiences have demonstrated they love it. My Kitchen Rules is the number one programme of the year and House Rules continues to build as the biggest new franchise,” Seven's director of programming, Brad Lyons, said.

“Our success with INXS and The Killing Field, the continuing delivery of Better Homes and Gardens and the massive inroads we have delivered at 5.30pm with Million Dollar Minute, coupled with Home and Away’s extraordinary performance at 7.00pm, underline our 2014.”

Channel Seven won the primetime figures with an audience share of 30.4%, despite shedding viewers throughout the year, while Nine came in at second place with a share of 29.2%.

The big mover in primetime was Network Ten, which managed to add 0.8 percentage points despite a difficult start to the year.

In fact, after Easter Network Ten managed to grow its total primetime audience share by 34% compared to the previous 10 weeks.

While there was little movement in the markets, Ten was keen to play up its growth in the 25-54 market, as it has been for the whole year. It managed to grow its overall share of the demographic by 2.2 percentage points, the only commercial network to do so.

SCRAPPING FOR A SHRINKING POOL

While all networks are busy promoting their numbers this morning, audiences are continuing to switch off and find other ways to entertain themselves.

Much has been made of falling TV audience numbers in recent times, best demonstrated by last Thursday's OzTAM ratings, with each of the top ten shows failing to grab more than one million viewers.

The advertising pie is shrinking too, with online video increasingly cannibalising the TV advertising market.

The most recent SMI numbers showed a 4.7% drop in metro TV advertising, a 6% slump in subscription TV and a 5% drop in regional TV.

Even though Seven took the top spot, it told investors at its recent AGM that it was suffering on the back of an 'unexpected' drop in ad revenue.

Meanwhile, a recent IAB survey found that online video spend is due to increase by 37% in the coming year, with most of the growth coming at the expense of print and TV advertising spend.

However, while observers have cited the shift away from TV spending, some have noted that the advertising dollar is not just shifting away from TV but from paid media in general.

UM CEO Mat Baxter has previously told AdNews that falling advertising spend is not neccesarily an indictment on the media itself.

“Just because SMI figures may show a drop, this does not mean that marketing spend is down,” Baxter said.

“On the contrary, we are seeing that marketing spend is up, it's just that clients are investing in other marketing areas, other than paid media. Paid media will represent a smaller and smaller share of incremental ad spend in the future."

It's a point which has been backed up by others speaking to AdNews in recent times.

At the recent upfront season, all three networks were keen to show off a diversification in format, platform and revenue.

Seven showed that it was keen to pile into HbbTV as an e-commerce platform, while Ten spruiked its branded content offering alongside new integration opportunities for advertisers.

With viewers switching off, all networks have been keen to promote the role of live TV events in attracting eyeballs.

18 of the top 20 watched programs for the year could be considered 'event TV', with most of the list taken up by sporting events.