Seven tipped to pull out of Presto 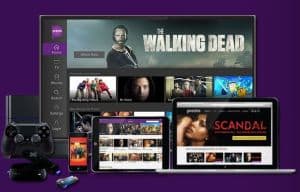 Seven West Media is tipped to pull out of its streaming joint venture with Foxtel, The Australian is reporting.

The move to step away from the shared content platform Presto comes after speculation from the News Corp-owned paper that the service agreed to a six month budget for the business, rather than one for a full financial year.

The deal between the two media players was stuck in December 2014, which saw Seven take a 50% stake in the streaming service in return for its back catalogue TV content.

The Australian is predicting that if this partnership were to dissolve, Presto would have approximately three to six months worth of funds to attempt to gain back some ground against other local streaming competitors, Stan and Netflix.

While Seven West Media is yet to comment on the speculation, in this months' results presentation CEO of the company, Tim Worner, said Presto has delivered strong growth with subscriptions rising 193% during the year, adding the business is benefiting from Seven’s content production strengths, saying “there are more commissions in the pipeline”.

Netflix however remains the dominant streaming player in the Australian market, with Roy Morgan figures showing in June that almost five million Australians are using the streaming service.

The American offering has taken the market by storm ever since it launched last year and now the service has 1,878,000 subscriptions on its books, according to numbers taken in the three months to May 2016. When paid, free trials, and special offers from third parties are all included, the number of users rises to 4,950,000.

When this is compared with the local players, it appears as though Stan and Presto have a long way to go to catch-up, however these services are gaining ground also. Nearly 900,000 Australians now have access to Stan through 332,000 subscriptions, with Foxtel’s SVOD offering Presto now reaching 353,000 people in 142,000 subscribing homes.

In last week's full year results Fairfax highlighted that Stan is “more than meeting its business targets”. It was also revealed that, as of June Stan had 1.1m sign-ups and more than 500,000 active subscribers.

It is unclear if and when Seven could make a decision on the fate of the joint venture, with The Australian highlighting it'll be after the Olympics, as most of the company's executive team being in Rio.