Netflix extends lead over Stan and Presto in Aus 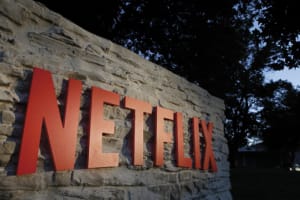 The American streaming behemoth has taken the Australian market by storm ever since it launched last year and now the service has 1,878,000 subscriptions on its books, according to numbers taken in the three months to May 2016. When paid, free trials, and special offers from third parties are all included, the number of users rises to 4,950,000.

This number dwarfs that of local streaming services Stan and Presto, but according to the latest Morgan numbers these services are growing too. Nearly 900,000 Australians now have access to Stan through 332,000 subscriptions, with Foxtel’s SVOD offering Presto now reaching 353,000 people in 142,000 subscribing homes.

Roy Morgan also estimates that 92% of Netflix subscriptions in the May quarter were paid - that’s 1,734,000 subscribing homes paying $8.99 to $14.99 a month for the service: inferring that at least AUD$15.5 million per month in revenue is being generated from Australians for the USD$40 billion company.

The research company also estimates that 78% of Stan subscriptions are paid: meaning an estimated 260,000 homes paying $10 per month. However just 64% of Presto’s subscribers are believed to be currently paying $10-$15 a month for the service, with over a third on a free trial or subscribing for free through a bundle, such as Foxtel’s platinum package.

CEO of Roy Morgan Research, Michele Levine says that these numbers indicate that SVOD is now well and truly a part of the Australian media landscape.

“The first step for SVOD providers has been to get homes - or, really, just one particularly keen SVOD viewer in the home - to subscribe on a free trial or through a package deal with a telco—the next step is to turn them into loyal (or at least lazy!) customers who will continue to subscribe and pay each month.”

“Stan in particular has been growing fast in 2016, with many Netflix subscribers now adding on a second SVOD service to meet their appetites for content. Around three quarters of homes with Stan also have Netflix. Part of SVOD’s appeal to consumers is that, unlike Pay TV, there is no lock-on contract. Both services will need to ensure, through timely delivery of new and exclusive content, that current customers remain customers,” she added. 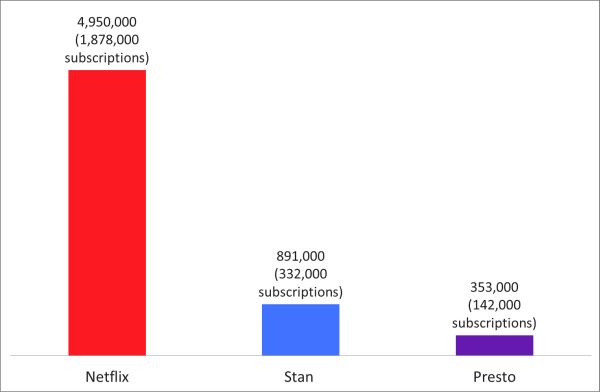