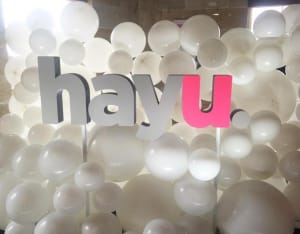 The battle of the SVOD services ratcheted up a notch with Presto creating a clever ad to disrupt Hayu’s rise to the top.

When you type in Hayu to Google search, the results show an ad from Presto saying: “Awkward, You Mean Presto?”

Hayu launched yesterday in Australia as a “next generation” SVOD service, zoning in on “super fans” of reality TV shows, including Keeping Up With the Kardashians and Real Housewives of Beverly Hills.

The NBCUniversal-owned platform differs from players such as Presto, by developing a service that links to social media and celebrity news.

A Presto spokesperson told AdNews the ads aren't designed to deter people from joining another SVOD, rather showcase the brand while having a bit of fun.

“We want customers to really consider their options when choosing their SVOD service – we believe our content is the best and we’ll shout it from the rooftops,” says the spokesperson.

Presto welcomes Hayu to the Australian market, saying it isn't concerned by the new SVOD and remains “extremely confident” in Presto's offering.

So is the ad a little friendly competition, or is Presto maybe feeling the pressure of another SVOD in an already crowded market? Could this be the start of an all-out SVOD war?

We’ll let you be the judge.