SCA: Waiting for regulation to change is not a strategy 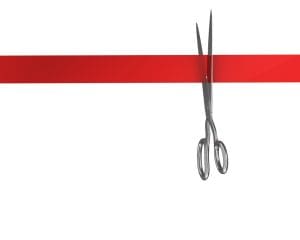 Speaking to AdNews Bush said: “Regardless of the media laws, our fundamental role is to put this business in the best possible situation it can be in, so that whether the media laws change or remain the same, our revenue is up, our prop is up, and our share price is up.

“Waiting for media regulation is not a strategy – getting this business into the best possible shape it can be, is.”

The loosening of media regulation has been on the table for months, with the papers reporting that Communications Minister Malcolm Turnbull met with top media executives as far back as August last year, to discuss changing the legislation.

Speaking at last weeks Media Summit, Henry Tajer, global CEO and executive chairman for IPG Mediabrands Australia, said he believes that the Australian Government's over regulation of the media industry is killing it.

“What doesn't help is media laws and ownership and regulation, which is another layer of government invention, which is slowly but surely killing and hurting a number of the media organisations here,” Tajer said.

SCA announced yesterday the appointment of its much speculated about CEO, with former Channel Ten boss, Grant Blackley, taking on the top job.

Blackley has been in the media for 30 years, and was CEO at Network Ten from 2005 through to 2010, spending a total of 24 years with the network. Speaking to AdNews Blackley said he's eager to sit down with the key stakeholders in the company to work out what needs to be done to turn around the embattled media business.

“I think it's probably a bit early to focus on a particular area. I'll be putting the feet under the desk in four weeks time, on 29 June, and shortly thereafter or immediately, I'll be meeting with each department and also with marketing partners and agency partners, so that I get a 360-degree view of the company,” he said.

You can read the full chat between AdNews, Blackley and Bush here.