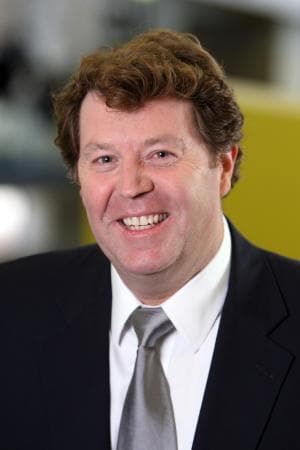 Grant Blackley has been tapped on the shoulder as Southern Cross Austereo's $1.85 million man, replacing Rhys Holleran as CEO, with the station hinting at a talent shake-up as a result of the move.

The former Network Ten chief executive was announced as the successor today, and could be in for a payday of up to $1.85 million should he meet long-term and short-term incentives, with a base salary of $1.05 million per year.

There is no fixed time on the contract.

Blackley has been in the media for 30 years, and was CEO at Network Ten from 2005 through to 2010, spending a total of 24 years with the network.

Blackley beat out a shortlist which was rumoured to have included the likes of Kurt Burnette, Peter Wiltshire, Anthony Fitzgerald and James Warburton.

Currently, he serves as CEO of national restaurant group The Keystone Group and of diversified media company Four Seasons Media, while he also has a financial interest in RGM Artists, a talent management agency.

Southern Cross Austereo has hinted his move into the company could be a trigger to a talent shake-up at the station, both in the boardroom and on-air.

“I have had the opportunity to observe Grant in his various media industry roles over some time and I have a great deal of respect for his expertise and achievements in media sales, strategy and executive team development in particular,” SCA executive chairman Peter Bush said.

"It was very important to us that we recruit an executive with extensive media industry experience and proven capacity in team development and talent management.

“Reinvigorating Southern Cross Austereo’s sales strategy, programming and talent management is a key requirement of the board and we are confident that Grant is the right person to lead that process from here".

Bush also said Blackley would provide leadership in deal-making should cross-ownership laws be relaxed by the Government.

“In addition, with the potential opportunities and challenges that could flow from mooted media ownership rule changes in future, Grant’s extensive media industry knowledge and network will be a distinct advantage.”