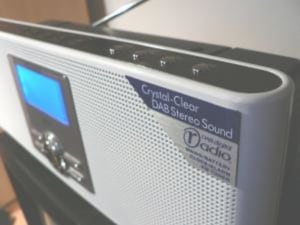 Traditional radio as a hotbed of ad tech isn't what it's normally associated with but it seems there is more going on behind the scenes than many would think.

While programmatic may have hit the online world hard, its impact on radio seems so far to have caused only mild tremors – until now.

As first reported in the latest print edition of AdNews, we spoke with a few industry professionals from across the board to get their take on the direction of programmatic within radio, in Australia.

While digital sales and operations director at Southern Cross Austereo (SCA), James Bayes, remained tight-lipped on SCA's current programmatic endeavours, adding only that it expects to be “a significant player in the space”, AdNews now understands the business is in the early-mid stages of launching a fully-fledged programmatic tech solution for radio advertising – which it is also looking to offer out as a service to players in the same market.

“Digitisation of the industry is a reality – all media is becoming digitalised and anything that can improve the results that we deliver clients is going to be something that we are very supportive of,” Bayes said.

“There's no doubt programmatic is a big trend and we would not want to be insulated from this.

“We consider ourselves the leader in audio so it is our responsibility to drive the industry forward and we have been making some interesting observations about what is going on internationally in this space.”

While SCA is not able to comment further on this, AdNews understands that a “number of partners” are now being lined up to use the SCA-created platform.

To create the platform AdNews is aware that SCA is working with Triton Digital, a California-based tech company that connects audio supply to advertising demand. We caught up with its COO Mike Agovino to find out just how its offering could tie into the programmatic radio landscape down under.

With a client base of a combination of many of the world’s leading radio broadcasters as well as digital music services such as Pandora, Spotify, Rdio, Slacker and iTunes Radio, Agovino said quite simply that a broadcaster who wants to stream their content online would contract with them to provide a solution.

He said while the main focus of programmatic is streaming or on demand, podcast inventory is set to be included in the not too distant future.
Agovino said audio is a “different animal” and when most people think of programmatic their reference point is the display market where trillions and trillions of impressions trade and programmatic operates as more of a remnant inventory channel.

“Digital audio is different - digital audio ads are all premium "above the fold" ads as they are native to the listening experience. As such, the amount of advertising delivered to a listener an hour is dramatically less than the number of display ads someone might be delivered in a typical online hour. Because of these attributes being unique to audio there is generally a scarcity of smart inventory in the marketplace and therefore programmatic is premium,” Agovino said.

Triton Digital's technology encodes the broadcast from the automation system and delivers the content through its network to end users virtually anywhere in the world.

“A broadcaster may choose to replace their over the air advertising with targeted digital advertising using our TAP Live platform or simulcast 100% including their ads. They also have a hybrid option which allows them to simulcast within a certain geography and replace ads outside of that geography,” Agovino begins.

“If the broadcaster chooses to simulcast they will still have the ability to deliver pre-roll audio or video advertising and various forms of display advertising through their player or mobile app (which we usually provide unless the publisher wants to build their own or contract with a third party to build.”

He said the company measures the listening levels of publishers who contract with them in real time and capture every individual listening session - monitoring important data points such as session length, geo-location, device type, operating system and more.

“With the most trafficked audio content delivery network in the world we are able to aggregate partner publisher audiences and present inventory for programmatic purchase via our a2x exchange. We also integrate with various other ad platforms to allow publishers not using TAP to still participate in a2x,” he added.

He said while programmatic radio has witnessed a steady build in the US, he anticipates things will move faster in Australia than they did in the US for several reasons:

“Firstly, Australia’s got some of the same global agencies operating that already trade on a2x in the US; we've already received specific RFP's from Australian agencies looking to buy in early which didn't happen in the US; we have publishers looking to evangelise the opportunity which didn't exist in the first year in the US and programmatic is exploding in all firms across the globe and is far more mature than it was when we launched in the US,” Agovino said.

He said Australia’s known to operate a vibrant and growing global advertising market – one that operates with “a great deal of digital sophistication” and that Triton’s analytics indicate a significant uptick over the past two years for streaming across Australia.

“The leading digital music services are all active and scaling audience quickly while the broadcasters here are innovative and digitally savvy,” he said.

“Agencies will not invest in space that can't bring audience in large numbers. Programmatic is about efficiency and technology alone does not deliver a perfect marketplace,” Agovino said.

“The creation of industry standards, interoperability across platforms, challenges associated with the cookie-less world of mobile systems and other factors will also play a roll. On the flip side listening is migrating to digital and the audio ad unit is an incredibly powerful way to engage.”

Once up and running with Triton’s tech, a radio network would then typically choose to plug in with a trading desk – such as Cadreon – which recently revealed to AdNews that it was set to be “the first” to enter into programmatic radio.

Marc Lomas, MD at Cadreon Australia, said while Cadreon is also working with Triton it is investigating other players in the space such as Jelli.

Speaking to AdNews earlier this month, Lomas said if things are to properly advance in the audio sector, the PPCA legislation must change.

A version of this story originally appeared in the latest print edition of AdNews (6 February). Get your copy on iPad now, or in Print here.