Tune in – Cadreon to be the first in programmatic radio 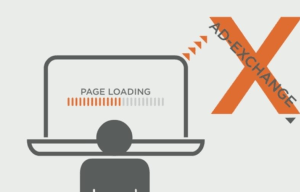 Conversations around programmatic across adland have veered from online to TV and now radio, as IPG Mediabrand's Henry Tajer told AdNews this week it's likely Cadreon will be the first trading desk to market in the programmatic radio space down under.

Tajer, who is IPG's global COO and executive chairman Australia, said Cadreon has been beavering away on this project and that while tweaks are still being made, it plans on launching a debut campaign through its new programmatic offering soon.

“Programmatic is most definitely a core component to radio's success in the future”, Tajer said.
“It's going to be big, we are really excited about it and I'd say programmatic radio will be more successful than programmatic out of home.”

Tajer added that with IPG's trading desk, Cadreon, being “the first to do programmatic outdoor”, it was on track to be the first in the radio space too.

“Radio people are very innovative and radio is a successful channel as it is, so there's a strong opportunity there,” Tajer said.

TubeMogul, which hit headlines in December after revealing its plans to “nail Australian programmatic TV”, also said there was definitely some change in the market and that it could see some “real demand” to get TubeMogul to build out its programmatic tech to include other media, such as radio.

TubeMogul MD Sam Smith explained: “We will launch OOH, display and TV this year so radio is an inevitable step for us - our continued goal is to build an independent (media agnostic) audience trading platform.”

Digital sales and operations director at Southern Cross Austereo James Bayes also said 2015 will be a huge year for radio as audiences continue to adopt new distribution methods for audio such as DAB+, streaming and on demand content.

For a more in-depth look at programmatic radio cheek out AdNews in print on 6 February.