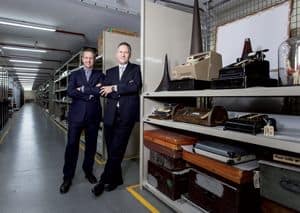 Woolworth’s data analytics firm Quantium says it is “holding back demand” from a queue of brands wanting to participate in its move to launch a demand-side platform (DSP) some time after Easter.

Quantium director Tony Davis said his company’s move into programmatic trading would be “unique” in Australia because it would go beyond online “reach and clicks” to link the impact of digital advertising to sales results.

Based on its access to millions of anonymised credit and debit cardholders and transactional records from NAB’s banking customer base and Woolworths Everyday Rewards loyalty program, Quantium will, in effect, be able to conduct test and control groups to ascertain online users who have been exposed to online ads bought through Quantium’s DSP, and what impact it has had on their purchasing behaviour. (Woolworths holds a 50% stake in Australia’s biggest data analytics firm).

“In the digital media space historically the only means of measuring and targeting has been on the basis of clicks analysis,” Davis said. “We can go beyond that and do analysis of resulting sales at a customer segment level.”

So to what extent does advertising impact sales, not just a measurement of clicks? The full proposition is still being finalised but it will be a first in Australia. It will be unique because everyone is playing to a click level.

Coles too is moving quickly with its own DSP. Market rumblings before Christmas suggested it was looking to hire more than 60 people for its programmatic unit.

Davis said Quantium’s DSP was still in a pilot phase and he would not reveal the technology platform partner the company would use to power its programmatic initiative.

But Carat CEO Simon Ryan said the Woolworths operation would continue to use Carat’s Amnet DSP which Quantium’s data would be rolled into. “Carat and Quantium's abilities in the DSP space is groundbreaking for Woolworths in that it is the only capability to connect media to qualified audiences, and subsequently measure the effect on sales, not just reach,” Ryan said.

“We are working further as a group to ensure the learnings around data and application that are driving our business results including key customer interaction that helps drive customer and business value.”
Woolworths CMO Tony Phillips said Quantium, Woolworths and Carat were joining up on the Woolworths account although details were sketchy on Carat’s role in Quantium’s broader DSP plans. “Our partnership with Carat and Quantium enables us to be at the forefront of programmatic buying, turbo charging our capabilities and ensuring we are among the first in the DSP and programmatic space,” Phillips said.

“The unique skills that Carat and Quantium bring to Woolies in the DSP space are groundbreaking, in that they have the capabilities to connect media to qualified audiences determined by rich data, combined with a deep understanding of the media channels that subsequently allow us to measure the effect on sales, not just reach. This ensures we maximise our media channel planning to deliver the most cost effective and engaging way to communicate to our customers.”

Although strong in areas like retail and packaged goods, through its data feeds from NAB’s credit card base and Woolworths Everyday Rewards program, Davis acknowledged Quantium’s DSP would be less robust in sectors such as automotive and mortgages, where credit and debit cards and the Woolies loyalty program do not have visibility on purchasing and transactional behavior.

“That’s right, we will initially be more focused on retail and FMCG markets,” he said. “They will be the people that will want to take these capabilities up.”

On the broader claims of “closing the loop” on advertising exposure and its effect on individual purchasing behaviour, Davis acknowledged attributing a causal sales effect to online ads which will go through Quantium’s DSP was “not perfect”, but would be more robust than a lot of econometric modeling.

“You can be very accountable,” he said. “The same analysis which is done to qualify the audience, like an upmarket female fashion customer which we can see very clearly and can target advertising to, after the [ad] exposure, you can use that same audience and we can see who received the message and compare the transactional behaviour between the two groups. It’s like a control group if you like. That is, fully closing the loop on understanding the exposure rather than just how many eyeballs you reached.”

Davis said attribution modeling and advertising effectiveness in a “massively multimedia world” was getting increasingly difficult, particularly in trying to understand the reach of social media and broader digital media.
“But if you are able to take a very clear and understood control group of people who didn’t receive the message compared to those that did, it is reasonable to assume there is a causal effect between the advertising recipient and the transactions that were subsequently made.

“It’s not ever going to be an absolutely perfect account. You can’t isolate for other things that could have an influence but it is far better than the broad correlations that have been drawn in the past. The key difference being correlation and cause. We would be more confident in our analysis in the granularity with which we would be undertaking these activities to claim there is a causal effect of your advertising rather than some tenuous correlation.”