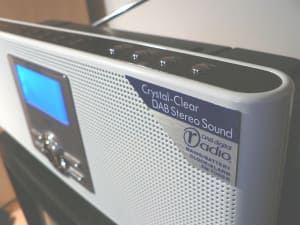 While some have got to grips with programmatic in the online world, others are eyeing TV and some are even poking around radio. However, if things are to properly advance in the audio sector, MD at Cadreon Australia, Marc Lomas, said the PPCA legislation must change.

The Phonographic Performance Company of Australia (PPCA) is a collecting society for copyright owners - put simply this means it collects royalties for sound recordings for artists and/or their record labels when they are played in public.

While some say the pace of programmatic radio is set to be faster than what has been seen with online video, Lomas said there are challenges though and the PPCA can help change this.

“PPCA legislation is one of the biggest barriers right now. Then there is the typical fear of commoditisation and programmatic as a yield-killer, despite significant data showing programmatic increases yields when over-supply is not an issue,” Lomas said.

On the subject of if current PPCA legislation is impacting radio's move into programmatic, Lomas said: “Yes definitely. A key use case for programmatic is the ability to increase yield by delivering different creative based on audience/device/location etc.

“Under the current legislation broadcasters have to serve exactly the same ads on all secondary streams as on broadcast. This is hindering the channel progressing and competing with other channels that are moving along the same path.”

It has also been reported that commercial radio and record labels are in the midst of a PPCA battle as a dispute over internet streaming radio royalty fees – which has prompted regional stations to turn off their free simulcasts, with metro stations threatening do the same.

According to themusic.com.au, the radio sector feels like it is being asked to pay twice for music royalties and claims that the frequencies can't afford extra royalties, while the PPPCA, which represents the labels, believe the extra fees bring the Australian industry in line with the rest of the world.

Having a place alongside existing programmatic channels such as digital, digital out of home and TV will be pivotal for the future of radio, Lomas added. He also stressed that the future is set to be less about medium and more about audience, impact and efficiency.

“A pinpoint audio ad delivered based on audience type and location is gold for advertisers,” Lomas said.

On a smaller scale, Lomas says programmatic has the ability to solve many existing challenges for radio such as monetising the new DAB/online channels, demonstrating ROI, providing better audience targeting and creating efficiencies in the trading process.

The PPCA did not want to comment on this subject.

For a more in-depth look at programmatic radio check out AdNews in print on 6 February.