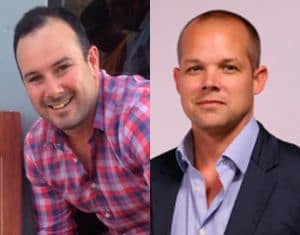 The tech platform, which in May took on SpotXchange's MD of APAC Matt Von der Muhll as COO, sitting alongside CEO and co-founder Matt Berriman, has bolstered its ranks with Bayes to join as commercial director.

At SCA Bayes has end to end responsibility for the commercialisation of the company's digital assets including social, mobile, video and display. He joined SCA back in 2005 and had been head of digital sales and operations for more than three years.

In his new role he will drive key relationships with advertisers and agency.

The company has also hired product and technology director from Betfair Australasia James Macfarlane, who will take the reins as CTO.

Berriman said the business will continue to expand as it explores additional markets both locally and abroad and will soon be hiring a programmatic trader and ad operations experts to join the fast-growing team.

Berriman said Unlockd, which launches later this year, will fundamentally change the way people use and pay for things with their smartphones.

"The platform will connect brands, advertisers and content owners with consumers in an innovative, targeted and relevant way, hence why we are excited to have James Bayes joining the team as commercial director and James Macfarlane as CTO,” he said.

He said Macfarlane brings senior digital development expertise to the team following a lengthy career at high profile businesses Seek and Betfair and will be utilising these skills to focus on the global nature of the Unlockd business.

“The international interest in the model we have created means James Macfarlane’s experience in creating scalable platforms with large volumes of usage is perfect for Unlockd’s planned growth strategy,” Berriman said.