“Remoulding” Ten is the challenge after ACCC decision 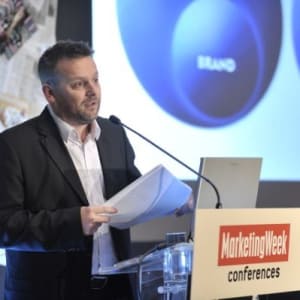 The challenges aren't over for Foxtel's up to 15% acquisition of Ten with the task of “remoulding” Ten into a new brand likely to keep the television landscape disrupted for a while longer, according to media buyers.

Last week the Australian Competition and Consumer Commission (ACCC) and the Australian Communications and Media Authority both gave the green light to Foxtel's bid to buy up to 15% of Ten. As part of the deal, Multi Channel Network (MCN) is representing Ten's assets for advertisers under an agreement that started on 1 September this year.

Starcom MediaVest Group national investment director Andrew Taylor told AdNews that the merger will be positive for the industry in the long-term but said that short-term, the challenge for all entities involved will be building up the brand again.

“The landscape will disrupted for a fair few months whilst MCN and Ten find their feet internally: what the product represents externally, how to position the new brand to the market and what is the true benefit of the merger to advertisers,” Taylor said.

“The challenge will be achieving a ‘holding position’ for the next three to six months.”

Taylor said the merger is beneficial for the industry in general but said it also makes Ten a more compelling offer as a media agency.

He said for Ten and MCN specifically, the focus will be on how to “redesign an remould” their complete Ten/MCN product to differentiate themselves and provide a collective point of difference in a screen converging market, especially mindful of the Google and Facebook charge.'

But he said if it can deliver to mark on having a real point of difference, there is plenty of upside.

“Programmatic delivery and automation across the Ten product suite, whilst merging MCN across the platform, will be key, along with cross platform integrated solution and collaboration opportunities,” Taylor said.

“It will provide a viable alternative to the industry trending discussion around 'premium video'.

“To be able to deliver an addressable solution in the traditional linear TV landscape will be a great space for he industry.”

Carat CEO Simon Ryan said will see Ten push ahead with its turnaround. But more important will be its impact on the wider landscape, with Ryan calling it a step forward in helping Australian media companies future proof against incoming international players.

“The approval from the ACCC represents a solid decision and a positive vote towards Australian media ownership. The decision will now see the combined forces of two strong businesses to align on content, data and sales platforms to deliver a better overall product,” Ryan said.

“The result will also allow Ten to near complete its strategic review process and focus on its ratings and revenue turnaround”.

“It’s the right decision and is unlikely to result in a substantial lessening of competition, in fact from a media agency side it, will enhance competition in what is a very competitive local and international media industry”.