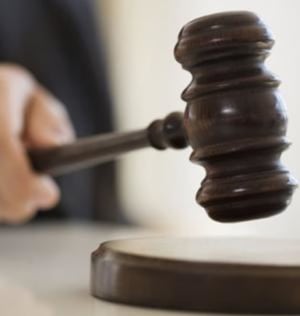 The Australian Competition and Consumer Commission (ACCC) has announced that after a lengthy investigation it won't oppose the proposed acquisition by Foxtel of 15% of Ten.

ACCC chairman Rod Sims said the ACCC did not find sufficient evidence to link the acquisitions with competition concerns raised by others in the market.

“While the acquisitions will lead to a greater alignment of Foxtel’s and Ten’s interests, and will increase the degree of influence Foxtel has over Ten, the ACCC considers that the proposed acquisitions, on their own, are unlikely to result in a substantial lessening of competition,” Sims said.

“The ACCC has not found sufficient evidence to establish a link between these minority acquisitions and the competition concerns raised by market participants.”

In addition, The Australian Communications and Media Authority (ACMA) also confirmed that it has approved the arrangements, finding that the proposal did not contravene the media diversity and control rules under the Broadcasting Services Act 1992 (BSA).

ACMA chairman Chris Chapman said the issue was whether the arrangements would put Lachlan Murdoch in a position to exercise control of commercial television broadcasting licences held by Ten.

“‘However, the ACMA considered that, while Mr Murdoch was in a position to exert influence on Ten, that level of influence fell short of “control” as prescribed by the BSA,” Chapman said.

Ten non-executive chairman David Gordon said while the proposed transaction still remains subject to condition and regulatory approvals, the network is pleased with the verdict.

“The approval from the ACCC and ACMA represents another important step for Ten to conclude the strategic review process initiated by the board last year,” Gordon.

“By entering into the transaction with Foxtel and completing our proposed entitlement offer to all Ten shareholders, Ten will receive the capital it needs to continue its turnaround.

“Through the arrangements with MCN, our advertising clients will receive the benefit of new efficiencies, improve data capability and broader integration opportunities.”

Sims noted that the ACCC will closely examine any future increases in these shareholding, including where it is “made possible through changes to the existing media diversity and control rules.

The ACCC considered whether the MCN acquisition would impact competition in respect to advertising, with the ACCC concluding that it would increase incentive for Ten and Foxtel to offer bundled packages and further integration, but would not lead to a “substantial” lessening of competition.

The ACCC also noted that it has not provided clearance for Ten's agreement with MCN in relation to managing Ten's advertising sales, which is not subject to the merger provision of the Competition and Consume Act 2010.

It also considered whether it would substantially reduce competition when it comes to sports rights and other types of content.

“Foxtel and Ten will continue to face competition from the remaining free-to-air networks, and streaming services are also likely to become increasingly important to the sale of sports rights,” Sims said.

Foxtel CEO Richard Freudenstein said that the sale representation agreement, which sees MCN sell advertising for Ten and has been in effect since 1 September, has been working well in creating better outcomes for clients of both Ten and Foxtel.

"These transactions will provide much needed capital for Ten and help it to grow revenues by building scale and enhancing services to clients by working with MCN," Freudenstein said.

"A stronger Ten will further enhance competition in an increasingly competitive local and international media industry.”