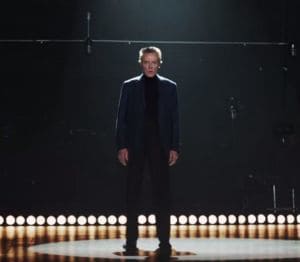 The ads were created by With Collective. Watch the ad below.

Qantas health insurance has its own app that connects with wearable tech to use data such as steps taken during the day to allow customers to earn Qantas points.

Qantas is taking a deliberate different marketing approach to the $21 billion health insurance market, with the off-beat ad as it looks to cut through in a very cluttered market dominated by big spending, well-established health insurance providers such as Bupa and MediBank.

The ads launch today to coincide with the increase in health insurance premiums.

In the first year, customers can earn 70,000 points – which is enough to get from Sydney to London.

Qantas announced it was moving into health insurance last November and the Qantas Assure policy is backed by NIB. The National Heart Foundation also backs the policy.

Qantas Loyalty CEO Lesley Grant said: “We have more than 11 million Frequent Flyers and about a quarter of all Australians are already keeping an eye on their health through wearable technology, so we think the idea of earning points for being active will appeal to a lot of people."

“We know from trialling the Qantas Assure App that being incentivised to stay fit and healthy is popular among our members. When there are points up for grabs, members have told us they would take the stairs rather than the lift, park a few blocks away from the train station and do an extra lap of the park while walking the dog because they also know it is good for them.”