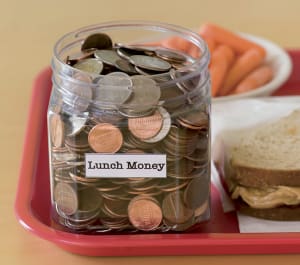 Adspend is set to rise 4.7% annually over the next five years, reaching $18.7billion by 2020, according to the annual PwC Media and Entertainment Outlook report.

Meanwhile, consumer spending on entertainment and media products, such as subscription TV, is expected to increase 3.7% each year to reach $28.7 billion over the next five years. In 2015 it was $24 billion.

The report also forecasts the total Australian media and entertainment industry will reach $47.4 billion by 2020, a compound annual growth rate of 4.1% each year over the coming five years. In 2015 it sat at $38 billion.

The up tick is partly thanks to the inclusion of direct sales bookings in the newspaper sector as a result of the partnership publishers and SMI to report more than agency bookings. Around half of all adspend that goes through newspapers is via direct sales.

Outdoor, cinema and interactive games were also strong areas of growth in terms of consumer spending, which increased 5.1% in 2015, with in-game purchases particularly strong.

Consumer spending on subscription TV (including SVOD), interactive games, music (including online streaming), and internet access are all forecast to increase between now and 2020, while spending on newspapers, magazines and filmed entertainment are all set to fall.

• Interactive Games are set to be the fastest growing segment, growing 8.1% annually to 2020 and reaching $3.3bn.
• Internet advertising (paid display, search and video) will reach 50% of the ad market in 2018, a year ahead of previous
projections, and by 2020 will tip over $10bn. Mobile will account for 50% of internet spend this year. In 2015 it grew by 28.6%.
• FTA TV is forecast to reach $3.6bn in 2020, excluding ad revenue from catch-up services. As revenue is expected to decline
at -1% over the next five years.
• SVOD will account for 20% of the subscription TV market by 2020.
• Newspapers will be at $3.1bn by 2020 and in the coming years, advertising wills decline at a faster rate (-5% annually) than
circulation (-1.6% annually). The digital market will not equal print by 2020.
• Radio: will reach $1.4bn by 2020.
• Out of home grew 14.8% in 2015 and is forecast to grow at 5.3% each year to 2020. Digital will account for 50% of the
market by that stage as investment in digital screens and infrastructure, data, mobile and location technology have helped
make OOH more dynamic and engaging.
• Cinema had its most successful year in 2015 with the box office tipping at $1.2bn, and of that, $88m came from Australian
films ($21.7m came from Mad Max: Fury Road).
• Consumer Magazines: Further declines for print magazines is forecast (-5.8% for print), PwC expects the downwards trend
to bottom out in 2018, with “modest” growth expected after that. The decline in revenue is expected to slow down, forecast at -0.7% annually over the next five years compared with -3.2% for the last five years.

“The ability to recognise mobile devices … and overlay other data will revolutionise the out of home advertising sector. The dichotomy between traditional and digital is all but obsolete if it ever existed in the first place and businesses which think this way will outrun the rest.”

Megan Brownlow, PwC executive director warns that the sector’s growth is only “moderate” and that the industry needs to diversify in a number of ways to shore up future growth.

“We are forecasting low growth ahead so the time has come for the industry to do things differently. Embedding diversity in talent, geography and business models should be considered strategic imperative in the search for growth,” she says.

“Business model diversity has been increasing over the last few years. Publishers have moved into live events, FTA TV into subscription video on-demand, and gaming business models have proliferated … To thrive in tomorrow’s environment, the industry should approach ever new technology as a business model opportunity.”

Read more about the need for diversity in the Australian Media and Entertainment Outlook report here.

You can also get more exclusive in-depth data from the report in the print edition of AdNews, out Friday 10 June. You can subscribe here or get it digitally on Zinio on Android and Apple devices as well as desktop.