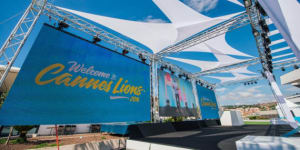 Whybin\TBWA Melbourne has taken the lead in the shortlist of Cannes Promo & Activation Lions, with five pieces of work making the shortlist.

The agency has scored two nominations for its GAYNZ campaign for ANZ, in the Use of Customer In-Store Experience category and the Financial Products and Services campaign.

Whybin\TBWA launched GAYNZ in February, overhauling an ANZ branch on Oxford Street with a flower arch, baroque and tropical stylings. It also received two nominations for its Equal Future campaign.