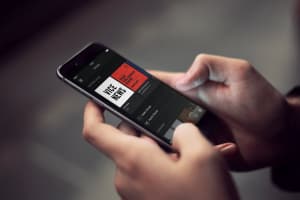 Younger Australians turn to podcasts and documentaries, such as Vice, to paint the full picture beyond what mainstream media portrays.

More people are turning to podcasts and documentaries as their sources of truth, as mainstream media continues to lose trust with consumers, according to Sydney-based research firm Ipsos.

The bi-annual Mind and Mood report gives a qualitative insight into Australia’s social trends, focusing on the disruption brought about by the integration of digital, the share economy, mobile and the internet of things.

The report finds society is starting to question the institutes that have ruled mainstream media since the beginning, such asTV stations including Ten, Nine and Seven and publishers including News Corp, Bauer and Fairfax.

With one in five Australians not watching any TV (FTA or PayTV), podcasts and documentaries are positioned to become more than just an essential part of the media repertoire, but new sources of truth, it claims.

“We have seen an explosion of niche media as the criticism of mainstream media builds,” Demasi says.

“Podcasts offer advertisers the opportunity to target niche audiences. With podcasts and documentaries, advertisers can place ads in a context that’s relevant.”

In the report, podcasts and documentaries were discussed as channels for ‘learning’ rather than entertainment, replacing TV and print media as the ‘trusted’ medium consumers relied on to discover in-depth stories on big issues.

One example of the rise of an independent media channel is Vice, which built its success entirely on documentary-style video content. Despite it's success with younger audiences, the media channel let go of 20 staff earlier this year in restructuring plans.

Vice and Netflix were both mentioned in the report by younger participants, with once saying: “Vice is more underground, they go into the dodgy neighbourhoods and countries to find out what’s happening.”

“Podcasts are filling the gaps mainstream media doesn’t cover,” Demasi says. “They have become a genre of their own we have never seen before that people are searching for because they can’t get everything they need from TV anymore.”

Have you listened to AdNews podcast? You should. Check it out here.