Peter Charlton on Smooth’s refresh: 'We shouldn't rest on our laurels' 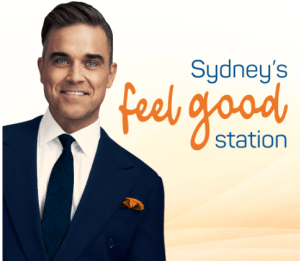 The new look for SmoothFM

SmoothFM finished the last decade strong, but it’s refreshed look is about not being complacent with its position, says Nova’s group commercial officer Peter Charlton.

The Nova Entertainment station rolled out its new look today, with UK singer Robbie Williams as the new face of the station.

While it remains faithful to Smooth’s original image, the station now takes on a more modern, “upbeat” feel.

“It's moved from being relaxed to feel good, right for any occasion, but still based on an emotion,” Charlton told AdNews.

“The insight that we have is if it's based on an emotion and makes you particularly feel good or has a positive emotion you leave the radio station on for longer. And ultimately that's been Smooth's success.”

Using Williams to front the campaign will also help transition the station from the “laid back” attitude of Michael Bublé, to the more “edgy” attitude that the UK singer embodies.

The campaign was created in-house and runs across multiple platforms, including TV, digital, out-of-home and social, with Carat carrying out the media planning and buying.

Prior to SmoothFM’s launch in 2012, Nova was struggling with the station which was bleeding listeners under the Vega and Classic Rock brands. Now, SmoothFM regularly claims tops spots, finishing the final radio ratings of 2019 in second place in Sydney.

Charlton says the station was also able to grow its advertising revenue last year, during a difficult time for the wider market. But given the increasingly competitive audio landscape, which now includes music and podcasting streaming platforms, Charlton says reinvigorating SmoothFM is still crucial.

“The refresh is really important because radio is a really competitive environment,” he says.

“The station is performing really well but we shouldn't rest on our laurels, we need to make sure we adapt and that we have got it right.

Many in the media industry have been concerned about the year ahead, with a weak Australian economy dampening ad spend. However, Charlton is positive the market will pick up.

With its big advertisers including Harvey Norman, Suncorp, Bing Lee, Woolworths and Allianz, Charlton expects supermarkets to be a strong spender for the radio station in the new year.

“I think it will be a difficult start for the year,” he says.

“Last year all media suffered, radio and audio probably less than most but revenues did go backwards for everyone in the back half of the year.

“But, we’re feeling pretty positive about radio, probably more positive than most, just because of the expansive role that it's playing in our lives. Extending that from broadcast product through to streaming, podcast, catch-up audio - all of those areas are in growth, both in terms of audience as well as revenue

“I think the year will come back, I think this is cyclical. It’s not a trend that will remain. Naturally the economy is under pressure, we're in a unique situation in Australia with the natural disasters and obviously the issues that are going on with our biggest trading partner. But I'm feeling positive that it will get better throughout the year.”