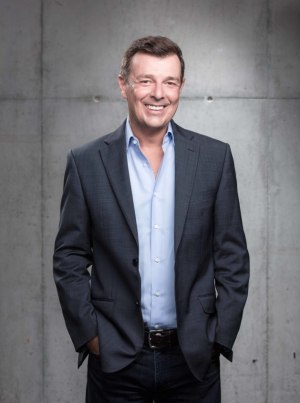 Before its 2012 launch, Smooth FM was a thorn in the side of Nova Entertainment as it struggled to pull in listeners under the Vega and Classic Rock brands.

In the last radio ratings survey, Smooth FM came in second for overall listenership in both the Sydney and Melbourne markets, with 9.5% and 11% of the audience share respectively. It was also number one in the Drive time slot in Sydney and jumped from fifth to second place in Melbourne’s Breakfast slot.

Jackson says Nova has been able to consolidate Smooth FM’s ratings, which started with just 4.1% of the audience share in Sydney and Melbourne when it launched, by keeping its content simple.

“The musical offering is what drives them. At different times of the day people's moods will be the music we play, and seasonally as well,” Jackson told AdNews.

“We just have to understand what people are thinking, what they're talking about in the day and reflect that and continue to make the environment less clutter - a bit of an oasis of calm in the mad world we live in these days.”

Part of building this music-focused station means Smooth FM stays clear of loud personalities and endless competitions found on other radio frequencies. This strategy also helps it appeal to a broad audience, with Jackson saying its listeners include those from 25 years to over 65.

“We're not doing big competitions as many other stations do. We take a polar opposite approach. I think people really find that refreshing.”

But turning Smooth FM around wasn’t without moments of doubt for Jackson who says there were points during the pre-launch he thought the station wouldn't work.

“On the one hand it’s brilliant and exciting. On the other, it’s huge pressure,” he says.

“If it hadn't got off to a good start, I think it might never have become great. So, we knew it was very important right at the beginning to work with Michael Bublé. We felt he was much loved. He crossed generations for young and old. He just worked perfectly for us."

While Smooth FM worked with Bublé to promote the station, which included a TV commercial, Jackson says word-of-mouth marketing also boosted its popularity.

"What we found in the early days wasn't just that it was in taxis but people were talking about it," he says.

"The best form of marketing was people saying I've discovered this great station and telling their friends about it and that's really what we felt was driving it in the early period.

"It caught us maybe a little bit by surprise how broad the appeal was and how many younger people in their 20s and 30s that were really into the radio station."

Advertisers also reflected mixed feelings about Smooth FM's launch, with some immediately joining the new station, while others held off to see how it performed.

Keep up with new demands
Smooth FM may be just seven years old, but plenty has changed in the media landscape which it’s needed to keep up with.

An example is the rising demand for live events which many attribute to the proliferation of social media.

So far, Smooth FM has live music events such as Feel Good Night, a Mother’s Day lunch and it plans on adding further events this year.

“Fundamentally the touchpoints would be with the listeners,” Jackson says.

“The chance for listeners to be around presenters, to hang with them, to do these lunches and special moments that we created for them where they're escaping from their day-to-day really ties the bond of the listener with the radio station.

“It’s vitally important we don't just stick the records on-air, play them and think that's enough and go through motions. We want to have that deep level of connection and engagement and understanding with our listeners.”