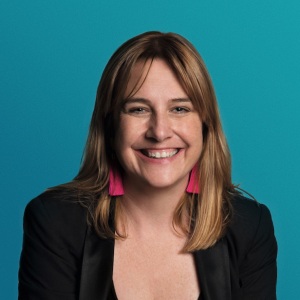 Optus head of consumer marketing Melissa Hopkins has defended the telco’s new agency roster and pitch process after anonymous allegations online that the telco was a “dreadful” client.

Hopkins says Optus may have deserved negative commentary in the past about its agency relationships but it doesn’t now.

She told AdNews she has been shocked by the negative anonymous comments, despite the recent changes Optus has made to have a “fairer” pitch process for agencies.

“The cynicism in this market I find concerning and I think agencies need to work out do they want to work for clients or not,” Hopkins says.

“Agencies choose who they work with. That's up to them. They've got to take that responsibility. There are probably bad clients out in the marketplace just as much as there are bad agencies, but we've got to make that decision.”

The telco released its latest agency roster last week since announcing it would be reviewing its pitch process following feedback from agencies.

Hopkins joined Optus following its 2016 roster reveal, where the business appointed six creative agencies, alongside UM which nabbed the media account from Starcom.

By 2018, this number had jumped to eight creative agencies and was then halved again, sparking comment from the industry such as a “shit fight”, “problematic” and a “terrible arrangement”.

“I'm fully aware that Optus has got in the past a very poor reputation of [its] relationships with agencies and it saddens me,” she says.

“I'm 100% committed to changing that. We've done that through the process.”

All agencies involved in the pitch – even those who didn’t make the roster – were paid regular agency rates and received real projects under the new process.

Hopkins says each agency was given “clear bespoke briefs” to work on and agreed mutual termination rights fair to both parties.

She says the process has been more transparent, justifing the decision to work with several agencies for two reasons.

“I think we've found in our style of business, expecting one agency to be able to deliver everything that we want is very difficult,” she says.

“Number two, there's amazing talent in Australia. Really, really special talent. There’s just not available in the market to us, at the moment, an agency where I believe all of that talent sits the whole time.”

Overall, she says she is “overjoyed” with the new agency partners but anyone challenging Optus’ authenticity and new approach should come and ask her directly rather than hiding behind a computer screen.

“I’d rather people have the guts to put their name to it,” she says.

“I'm willing to answer personally any of those challenges and either set them straight or take on the tune if what they're saying is correct.

“I just think it's demonstrating a real unhealthiness in this ecosystem and I don't think that is the basis of great client-agency relationships at all.”