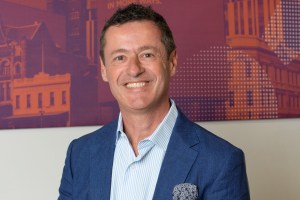 Ooh!Media is set to make a bigger push for a slice of the Western Australia (WA) market by setting up a new dedicated Perth office.

Following the acquisition of Adshel last year, which is now known as Commute by Ooh, the business has more than doubled its footprint in the state, with its portfolio in WA now including 850 digital panels and more than 2,150 classic signs.

The local team will be headed up by Media Tonic director Mark Treasure, who for the past eight years has been managing Ooh’s offering in the state under its representation agreement with Media Tonic.

The new Ooh office will include the Commute team from WA and former Media Tonic employees who had previously represented the business, and is located in the old Initiative building.

The out of home (OOH) business says the move now enables advertisers to better leverage its expanded offering including more than 3,000 out of home panels in WA.

“The Media Tonic team has done a tremendous job over the past eight years in helping take Ooh to the next level in Western Australia and has been a great contributor to our clients’ business success,” Ooh!Media CEO Brendon Cook says.

“This is evident by the fact that Mark has been appointed in the leadership position and the ongoing collaborative relationship we will have with David Fare and the rest of the Media Tonic team."

Treasure, who remains a director of Media Tonic, says he looks forward to further embedding himself in the Ooh team and contributing to the the firm's "evolution" in the region.

“Ooh!Media has evolved into a new media business with a leading network of out of home advertising solutions backed by innovation, data and insights to help advertisers maximise their campaign performance,” Treasure says.

2018 was a year defined by mega–mergers and industry consolidation as two new Australia OOH market leaders; Ooh!Media and JCDecaux, took a commanding position of influence throughout the industry.

However, with investment in the sector expected to rise, they are not alone, with players such as QMS, Scentre Group, VMO, Goa and MCN still in the mix, finding their own niches in the market.

All eyes are now on the two new dominant forces in OOH to lead the industry in digital out–of–home (DOOH), best practice, transparency and measurement, with major holding groups’ media buyers making no bones about expectations when it comes to industry standardisation and trading methods.

See: Two for the price of four: OOH’s new horizons for more on OOH