OMA reveals changes to out of home revenue reporting 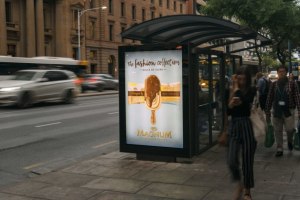 The Outdoor Media Association (OMA) has revealed it will change its method of reporting revenue following the completion of the OOH mergers last year.

The industry body will make four quarterly announcements of total aggregated industry data, including the proportion of digital revenue. In these releases there will be no category breakdowns reported.

The OMA stated that the reason behind this was the release of certain figures by the industry association may "trigger compliance issues" for its ASX-listed members.

“Reporting as we did previously, opens the possibility for the market to interpret individual company performance prior to it being announced publicly,” said OMA CEO Charmaine Moldrich.

“The OMA will make two additional market announcements following the release of results by listed members to the public. These announcements will be made twice-yearly after half and full year results are announced and will include the category breakdowns."

Digital OOH (DOOH) revenue accounts for 52.3% of total net media revenue year-to-date, an increase over the recorded 47.3% for the same period last year.

“We are thrilled to mark industry growth for the ninth consecutive year, demonstrating that advertisers and agencies trust in OOH’s increasing ability to connect brands with our growing audience,” Moldrich said.

Earlier this month, the ACCC revealed that it had launched a preliminary investigation into the dealings of the OOH industry, with a direct focus on the role of rebates and discounts. AdNews reached out to the industry to gain a better understanding of the impact of this investigation.