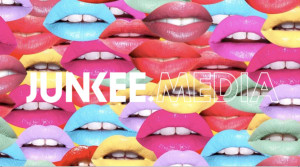 Driven by the coverage of the same-sex marriage debate and The Bachelor TV show, Junkee Media had its most successful month in August reaching 1.8 million domestic monthly unique browsers across the network, according to Google Analytics.

The youth-focused media company, acquired last year by Ooh!Media, also hit a combined reach of 38 million people on Facebook in August and now has 800,000 Facebook subscribers across its network.

Punkee, Junkee's Gen-Z title which launched earlier this year, has racked up more than seven million video views in three months and in August had 430,000 domestic visits – driven partly by its popular recaps of The Bachelor.

Junkee founder Neil Ackland tells AdNews the business has undergone huge changes in the last 12 months, now backed by Ooh!Media, which has enabled the publisher to reach new audiences.

Junkee has the biggest audience in the category [Figures: Nielsen]

“We've made a lot of announcements in the last year and now they've been implemented we are starting to see the full effect across our business,” Ackland says.

“Having the support of a business like Ooh!Media that understands what we are trying to do gives us a lot of bandwidth and the ability to take new risks and push into new areas. This has meant the business has really flourished in the last 10 months.”

Along with the launch of Punkee, Junkee has also moved further into politics, music videos, launched a TropFest-inspired video event and most recently launched luxury title The Upsider.

“The main thing we've been able to do since Ooh!Media came on board is scale up our business and publish a higher volume and standard of content. We've grown our audience but also became a lot more sophisticated in audience building, such as using the Adobe DMP to make sure our content is reaching the right people and the right time,” Ackland says, adding the business has grown 33% in the last year to a team of 50.

Once swearing off display ads, Ackland has back-tracked on his stance, however native content is still a key focus. Native content now equates to "slightly more" than 50% of its advertising revenue, with the rest coming from display and sponsorships.

Keeping up momentum is now a big focus for Junkee.

“We are consistently growing, but that means we have to consistently refine what we are doing," Ackland says.

"We are adding to the team, publishing more content and investing in new formats and segments. It's a constant test and learn strategy that enables the team to develop their instinct as well as use data to work angles.”

While Ackland says Junkee is inherently Australia, other popular articles on the site during August included its Game of Thrones recaps and commentary on Taylor Swift's new album. But it's marriage equality that's topping the agenda.

Junkee acquired short video platform TheVine, known best for its out there Bachelor recaps at the end of last year.

“Marriage equality is a huge topic for Junkee right now and it's something that everyone on the editorial team is passionate about,” Ackland says.

Earlier this year, Junkee shut down its site and redirected readers to the Australian Electoral Commission in a push to encourage young Australians to enrol or check their voting enrolment details.

"Everything's coming together right now and there is a lot of energy in Junkee, which is becoming clear in our results," Ackland says.