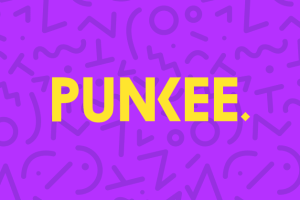 A new Gen Z-targeted title, a Tropfest-inspired video event and a push into politics were among the announcements made today at Junkee Media's annual upfronts.

The title, Punkee, will be headed up by managing editor Tom Pitney and marks the rebrand of TheVine, which Junkee purchased last year.

It will go live in May this year incorporating Bachelor recaps and other short form social video that TheVine is best known for.

"It's going to be lit," Pitney said, speaking at an event at the Eternity Playhouse Theatre in Sydney this morning.

"I’m excited to be able to scale up the video content that our audience already loves and take it to the next level under the Punkee banner.

“Over the past 18 months we’ve tested a whole range of ideas to understand what Gen Zs want to share and consume on social media. With these learnings, Junkee’s expertise and the growing base already behind us, we’re in a great position to introduce and grow a culture around Punkee.”

Outdoor media giant Ooh!Media acquired an 85% stake in youth publisher Junkee in June last year in a deal worth just above $11 million. It allows Ooh!Media the right to acquire the remaining 15% in the future.

As part of the new partnership, Junkee is increasing its sales team and will run Punkee content across its assets around Australian universities.

“We look at Punkee as Junkee’s cheekier younger sister,” Ackland said. “As millennials move into the 20s and 30s a gap has opened up to talk to the next generation in a unique and authentic way, just as Junkee does for millennials.

"It’s up to us as leaders in youth publishing to keep innovating to stay ahead of In addition to an online platform, the Punkee brand and content will be amplified in digital out of home environments via Ooh!Media."

Punkee will publish off platform with a focus on native content

A new era for Junkee Media

Junkee will have three new dedicated sections each with their own social communities: Politics Junkee, Music Junkee and Video Junkee.

Duggan says the new sections are driven by the audience’s interest in the key pillars and expanding the hero brand, Junkee.

“We can see clearly from our research and audience engagement that these are three of the fastest growing content areas for us to go deeper on,” Duggan said.

Politics Junkee will be led by news and politics editor Osman Faruqi.

“Film festival of the future”

Duggan said it is the "film festival of the future", leveraging the "golden age of video" and bringing together talent and innovation in Australian video.

It is led by former Tropfest festival and development manager Henry Kalaf.