Not as fruitful: MasterChef finale pulls a crowd, but no match for Ninja 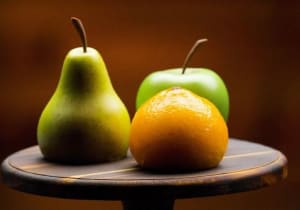 MasterChef has pulled in 1.3 million viewers in its grand final episode, as viewers tuned in to watch Diana Chan crowned winner of the show's 2017 competition.

MasterChef was split in two, the first half 'Grand Finale part two' had 1.12 million while the 'winners announced' had 1.3 million.

For the first challenge, Chan and Ben Ungermann were tasked with creating a dish from a previous mystery box. Ben sliced his finger during the cook and Chan was given a perfect score for her abalone and green juice dish.

They were then given an open pantry to create any dish their heart's desired. But it was the final challenge which knocked the contestants, where the two were given six hours to complete Kristen Tibball's Trio of Fruits dessert in the final cook-off.

In the end, Chan beat Ungermann by one point, and was awarded the silver platter and $250,000.

The fiery final had 1.82 million viewers nationally and peaked at 1.99 million.

It was no match for the semi final of Ninja Warrior though, which has been beating all competition since its debut two weeks ago. Last night the show had 2.2 million viewers nationally, and peaked at 2.6 million. It also won all three key demos.

Last year's MasterChef winner's announcement pulled in 1.88 million viewers, making it the most watched non-sport program of 2016 at the time. Its earlier grand finale program had 1.71 million viewers.

The drop in audience could be down to the success of Ninja, however the cooking show has seen audience numbers declining since its launch.