No HD? No problem: Presto 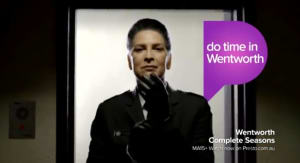 Director of Presto Sean James said yesterday that the platform's lack of content in high definition isn't really a problem, and its original content could be revealed within the next three months.

Some users of the subscription video on demand (SVOD) platform have complained that while content on rivals Stan and Netflix is available on HD, that content on Presto remains in standard definition.

James, however, told AdNews that while content would be moved to HD in the future, he's not in any particular hurry to get it there, and said a focus on getting the platform on a variety of devices is the priority.

“I don't really see it as a problem,” James said.

“As we have a content roll-out we also have a technology roll-out as well so when you look back at the service in a short amount of time we will be on a number of devices - and we do have high definition in our roadmap."

He added that it was perfectly reasonable for customers to expect HD content, but said it wasn't a major focus for the platform. “The technical road map is to go through the different devices first, and then going to high-definition,” James said.

Presto is competing in an increasingly competitive Australian SVOD marketplace, with a number of incumbents going up against new services.

The Foxtel-Seven West joint venture launched its entertainment offering, which contains TV content, on 15 January. Currently subscribers can get either its movie offering or its TV offering separately, or bundle them together.

James said the team at Presto had been surprised with the level of uptake, and the nature of it, too.

James also said an announcement on original content could be made within three months, with the platform waiting until the Australian Competition and Consumer Commission had cleared the Seven West - Foxtel joint venture before making any concrete announcements.

It was initially believed that Presto would not commission its own content, allowing the content aggregated by Foxtel and Seven West to serve the bulk of the content on the platform. James, however, said original content was always the plan.

“It was something that was very much in the planning when the partners sat down and formed the joint venture. So, subject to ACCC, we can have local commissioned content on the platform this year.”