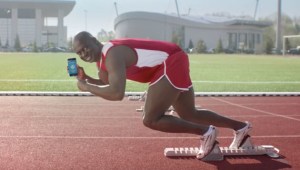 Nine and Seven have weighed in on the growing conversation surrounding sports gambling advertising, each taking a hard stance on the future of the category across their networks.

Questioned over the network's plans to engage with sports advertisers in 2019, following tighter gambling advertising regulations being introduced over the past 12 months, Nine chairman Peter Costello admitted that it would look to become less "dependent" on the category.

However, Costello said the conversation should remain a focus for policymakers and that they needed to address the "legitimate community concern" to ensure public interest was protected.

Nine CEO Hugh Marks agreed with Costello, adding the network was also beginning to pull back on the amount of gambling advertising as a result of its recent sports rights swap with Seven, which saw the network take over the broadcast rights to the Australian Open.

"It's been important for us over the last year, and a big part of our decision to switch out of our long-term cricket contract and into tennis. As a result, we have actually decreased our exposure to sports revenue over the year," Marks said.

"We are really adapting to this new environment and a better positioned going into the future with less reliance on gambling advertising."

Seven chairman Kerry Stokes, whose network has just seen its amount of sports coverage increase dramatically for 2019, is less concerned about the new policies.

"If the government changes the agenda to a point where it is no longer legal, then that becomes a separate issue but as long as it remains a legal commodity, I expect that we will seek to get our share of it."

Stokes said the same goes for its dedicated racing channel, despite the increasing calls for tighter restrictions on how the gambling industry advertises around the sport.

Gambling advertising investment grew by 26% to $140 million in the year to July in spite of tougher restrictions introduced this year around when betting shops can run TV and online betting ads.

In TV, betting firms spent 15% more in the calendar year to July than in the same period a year ago.

Earlier this month, Sky in the UK announced plans to develop its Adsmart technology to enable people to block gambling adverts from June 2020.

The option to block the ads will be available across over 140 channels on Sky and Virgin Media TV platforms, including Sky Sports.

Sky has also announced plans to limit the number of gambling adverts it broadcasts to one per commercial break - including during live sport - as of the start of the next Premier League season, one the nation's most highly viewed sporting competitions.