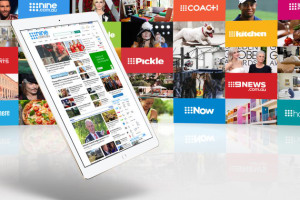 Nine.com.au has moved into second place in the September Nielsen Digital Ratings, bumping the Sydney Morning Herald (SMH) out of its long held second spot. News.com.au is still largely in front with an audience of 5.5 million.

In August Nine.com.au surged to the top three most viewed commercial news media websites after it revamped its digital brand. It has now beat out Fairfax’s Sydney Morning Herald (4.1 million) with a unique audience of 4.3 million, closely followed by ABC News.

"With a unique audience of 4.255m, our ranking as the second most read news website in Australia is a recognition of the continued investment we have made in our digital content offering across our websites, including the newly relaunched 9Finance, and the value of the long term direction we are headed.”

In comparison to September, the SMH, News and Nine have all seen drops in readership. The SMH has experienced the biggest fall dropping from 5.23m to 4.06m.

The decrease follows consecutive months of record breaking highs as a result of big news stories, including the Australian Election, Census and the Olympic Games.

Daily Mail Australia and Yahoo7 news remained consistent in the rankings, taking out fifth and sixth positions respectively. The Guardian, The Daily Telegraph and The Age all reported a lift in rankings to seventh, eighth and ninth place, despite declines in their unique audiences, while the Herald Sun dropped to 10th position.