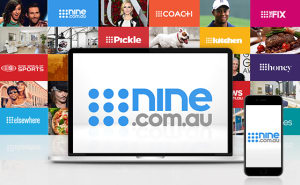 Nine.com.au has surged into the top three most viewed commercial news media websites in the latest Nielsen Digital Ratings. Nine nearly doubled its digital audience to 4.54 million in July and is placed behind news.com.au (6.25 million) and smh.com.au (5.23 million).

The huge uplift is down to two factors: Nine's rebrand to nine.com.au and Nielsen expanding the figures it includes to incorporate all of Nine's news, sports, entertainment and lifestyle verticals.

Significantly, it is the first survey that doesn't include Ninemsn traffic, nine.com.au had the best audience engagement of the top 10, with an average of nearly 59 minutes spent per person, and it has moved above established digital news websites of the Daily Mail and The Guardian.

Nine Entertainment Co. chief digital and marketing officer Alex Parsons tells AdNews the improvement in audience was a clear vindication of Nine's digital strategy undertaken in the wake of the 2013 buyout of Microsoft.

“We went through a huge undertaking and these figures confirm what we have always known – people are consuming news digitally in big numbers,” he says.

Parsons believes Nine is in a competitive position to take on traditional rivals News Corp and Fairfax. News.com.au has been bumped by ABC news as the most visited news site, but the public broadcaster doesn't compete for advertising.

“Clearly traditional publishers have a challenge around them going from print to online space, which Nine doesn’t,” Parsons says.

"We are an aggregation of two historic mediums - TV and digital - and we continue to offer a breadth of news content under the Nine banner."

Parsons says Nine is “most proud” of the dwell time figures, which he says reaffirms the consumers move to mobile and Nine’s successful work in this space.

“Dwell time is what advertisers care about most – people don’t just dip into our site to read half an article – they are engaged,” he says.

The jump is partly due to interest in the 2 July federal election. ABC News jumped to the top spot with 6.5 million uniques - a 30% hike versus June figures. It also saw a 75% jump in mobile audience.

News.com.au jumped 14% to 6.2 million ahead of smh.com.au, which sits third in the table with a 6% increase month-on-month. The Age returned to the top 10 rankings with a 12% increase in unique audience, and a 37% increase in mobile.