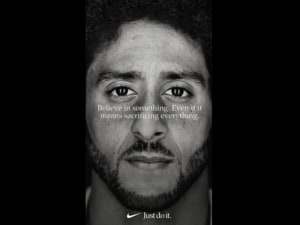 The choice of Kaepernick is a highly controversial in the US, where he divides opinion.

Kaepernick is the former San Francisco 49ers quarterback who inspired nationwide protests against police brutality by kneeling for the US national anthem.

His protest earned the wrath of US president Donald Trump and the NFL establishment, with all of its clubs refusing to sign the talented star when he became a free agent.

The ad will debut on NBC in the NFL's opening round encounter between the Atlanta Falcons and Philadelphia Eagles.

The creative, by Wieden & Kennedy, is beautifully shot and written, with Kaepernick providing the voice over and his powerful punchline, ‘Believe in something. Even if it means sacrificing everything’.

The spot ends with Kaepernick saying, 'Don't ask if your dreams are crazy, ask if they are crazy enough'.

In the US, the choice of Kaepernick has been widely praised by young people with a social conscience, and also received a backlash by nationalists, Trump supporters and a section of NFL fans that took offence to the star refusing to rise for the US anthem.

On Twitter, #BoycottNike has been trending with videos former fans burning their Nike shoes in protest. 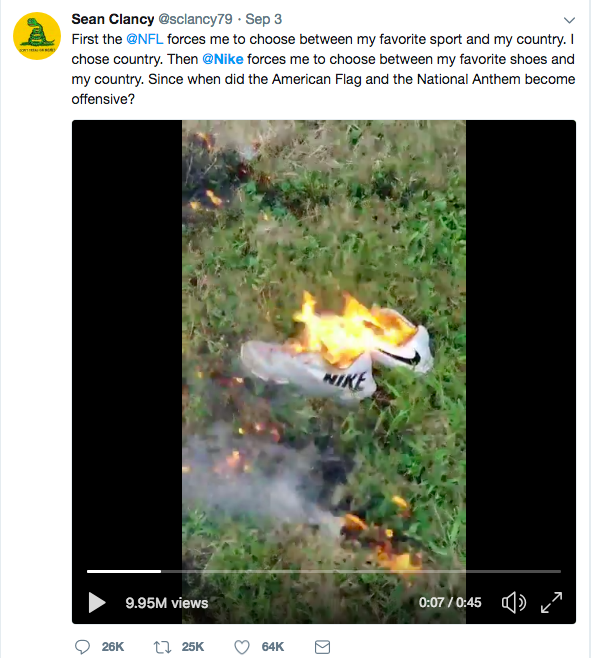 One Twitter user, Fiscal Freedom for CT, offered a tip on who Nike should choose as its next brand ambassador. 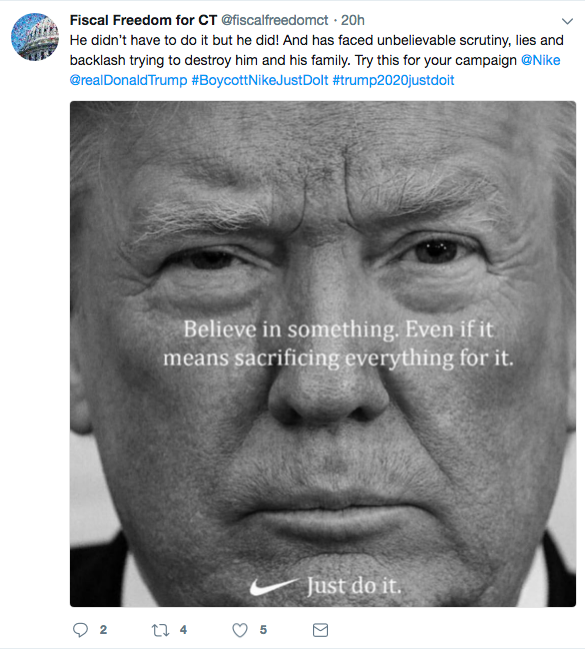 Nike’s stock price fell by nearly 4% when Kaepernick first revealed he was fronting the campaign on social media.

But the sports apparel giant has stood firm on its choice of Kaepernick, describing him as one of the most inspiring athletes of his generation.

Kaepernick can now lay claim to starring in one of the most divisive yet inspiring campaigns in recent memory.