Newspaper front pages: Trump is in 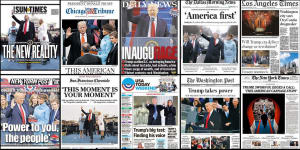 As the world begins to wake up to the reality that Donald Trump is now the 45th President of the United States, newspaper front pages from across Australia and the globe are echoing the public's thoughts.

More than 12 million tweets were sent throughout the inauguration, with conversation peaking when Trump took his oath.

12 million Tweets have been sent so far today related to the #Inauguration. Peaked at 58k Tweets sent per minute at 12:02pm EST. pic.twitter.com/bmqg1jdU8w 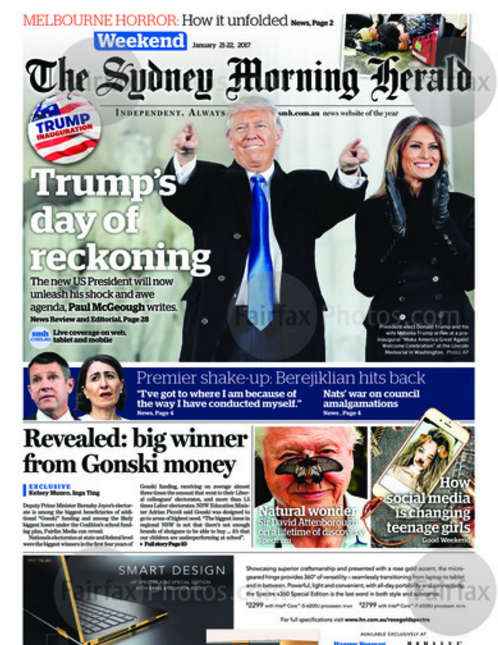 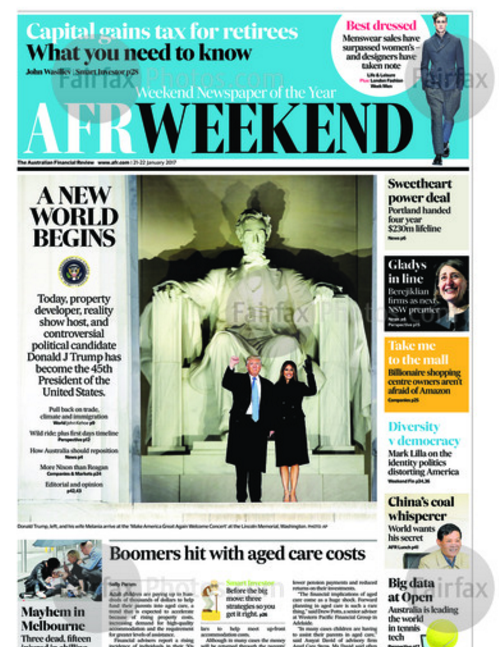 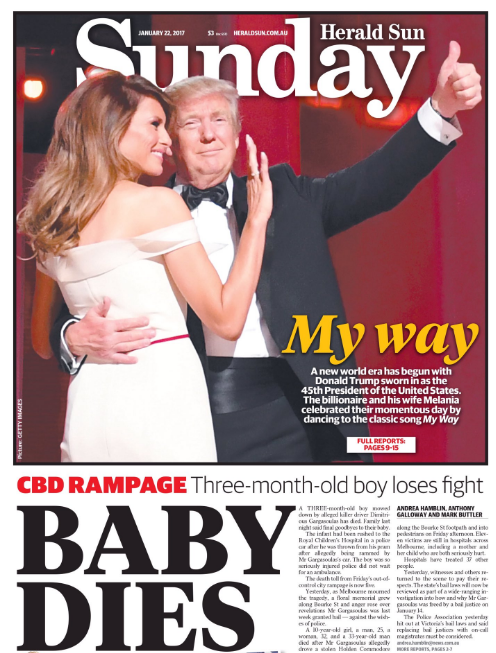 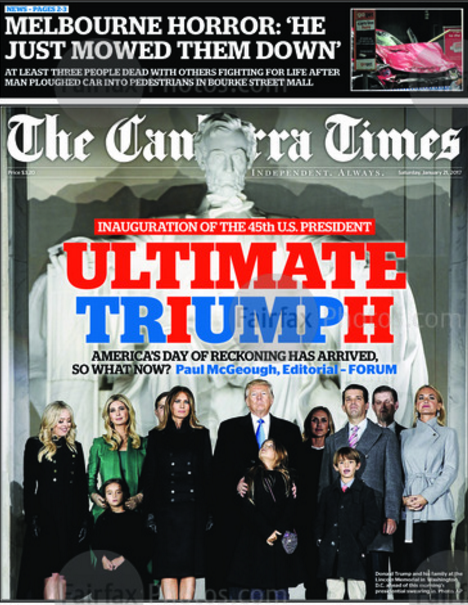 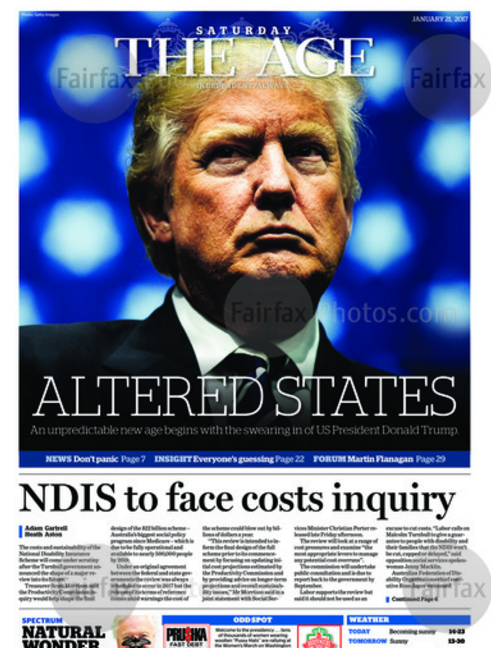 Tomorrow's cover: Trump's inaugural address was as subtle as a punch to the nose https://t.co/ZvFsb0Gta3 pic.twitter.com/a4pk8yZdT1

Here is an early look at the front page of The Wall Street Journal pic.twitter.com/QkJhfrRVRs

GUARDIAN: 'From this moment on it's going to be only America first' #tomorrowspaperstoday pic.twitter.com/bM7he7gT6c

THE TIMES WRAP COVER: In God We Trust #tomorrowspaperstoday pic.twitter.com/pLQjb3rBVn

MAIL: I swear to be the people's President #tomorrowspaperstoday pic.twitter.com/JHsAvGjSkG 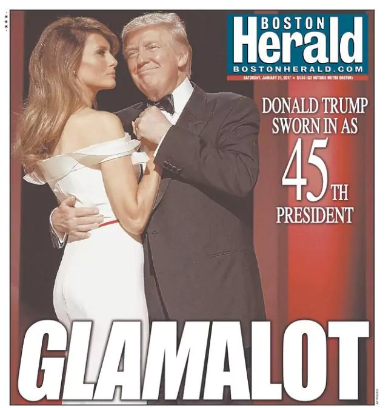 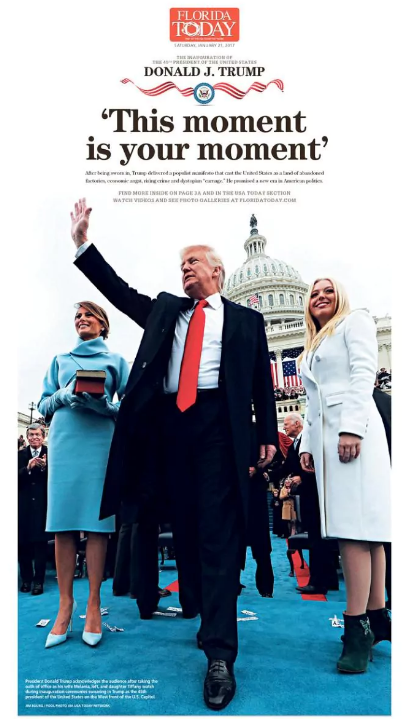 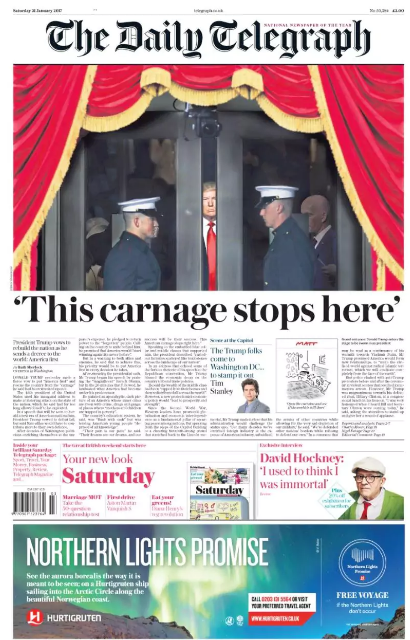