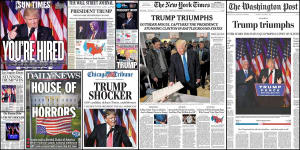 A collage of the US front pages

As news about Donald Trump's victory sinks in, newspapers across Australia and around the world are publishing their front pages. 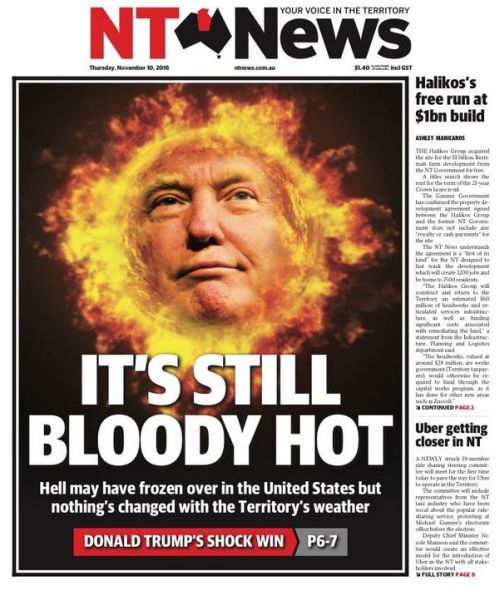 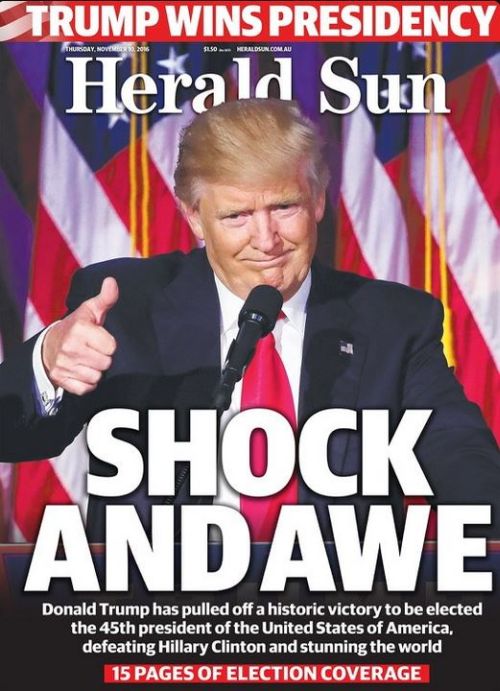 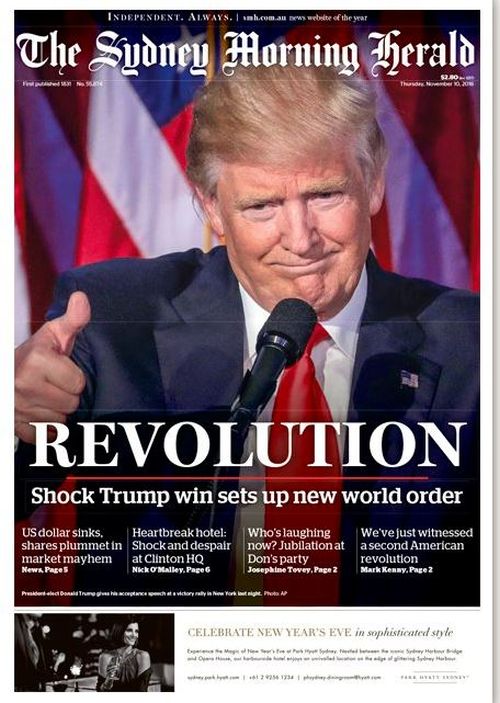 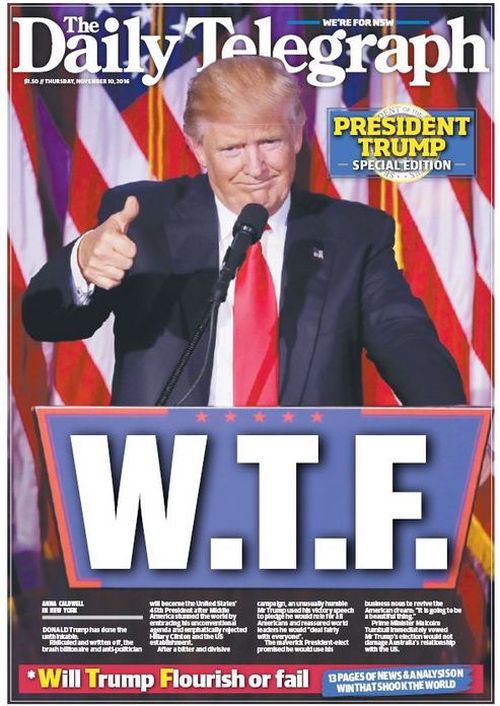 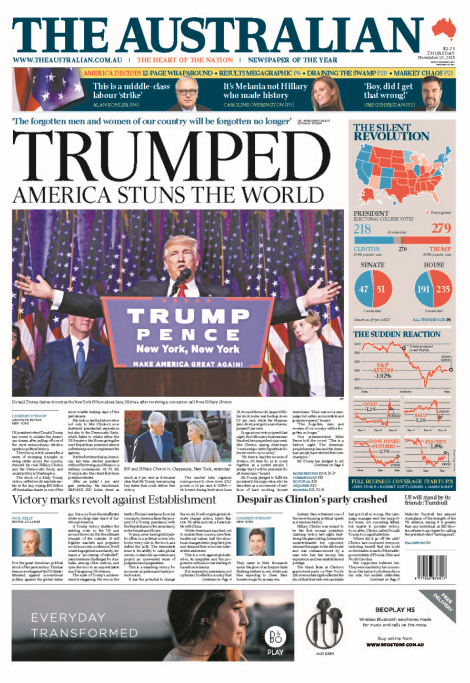 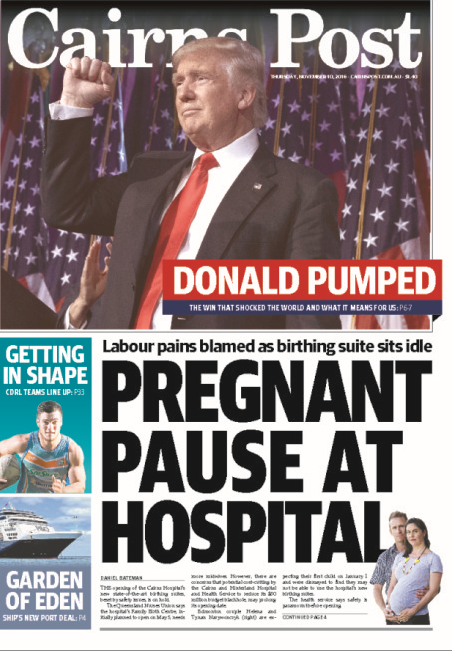 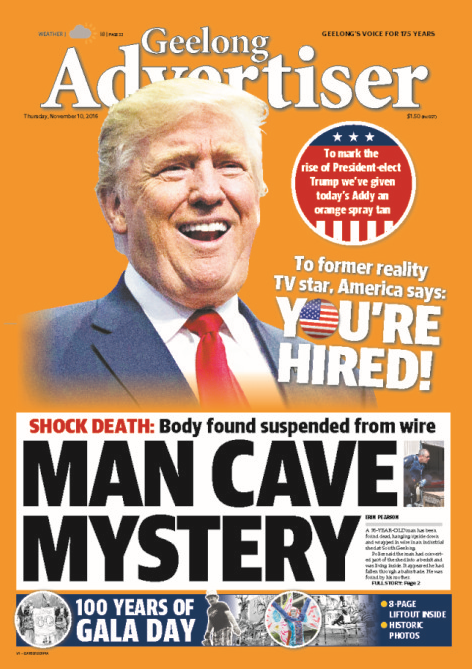 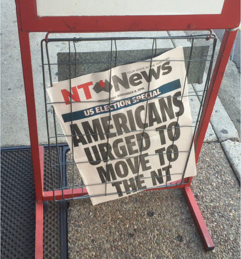 How Cartoonists Around The World Are Reacting To Donald Trump's Victory #ElectionNight #Election2016 #uspoli pic.twitter.com/9G5vhJ7KSD 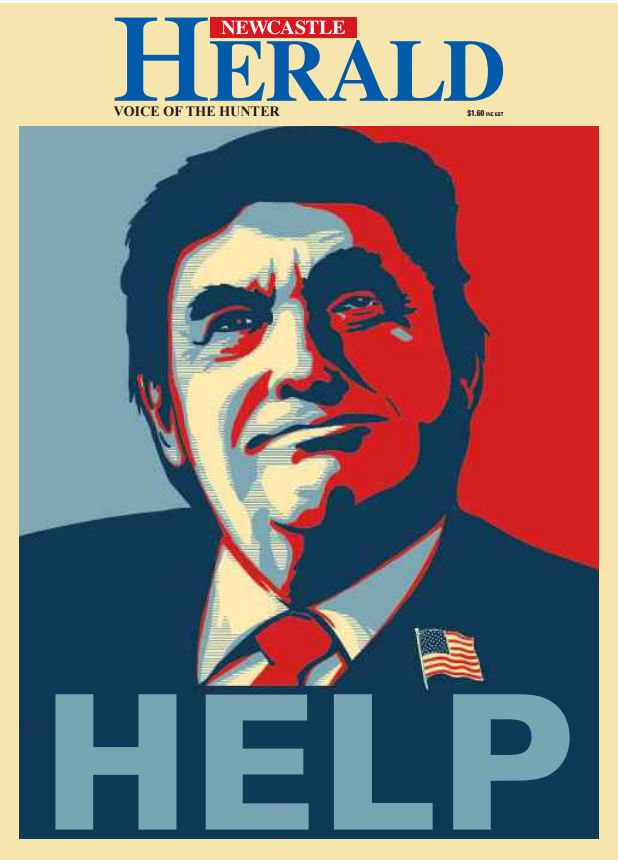