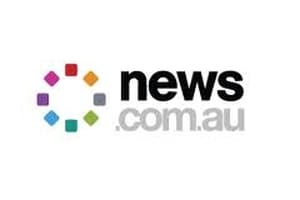 News.com.au is continuing to take 2015 by storm with the NewsLifeMedia site taking top spot in the Nielsen Online Ratings for the second month in a row.

News.com.au drew in a unique audience of 3.57 million in the month of February, holding steady from its January numbers.

The long-running rivalry between Fairfax's smh.com.au and news.com.au continues with the Sydney Morning Herald's online offering coming in second with an audience of 3.41 million. This is up from its January audience of 3.12 million.

The top 10 remains fairly unchanged between January and February. The only move is towards the bottom of the list, with News Corp-owned publications The Daily Telegraph and The Herald Sun switching spots on the list. The Daily Telegraph fell to 10th spot on the list with an audience of 1.77 million and its stable-mate, the Herald Sun, took its spot at ninth with an audience of 1.78 million.

The rest of the list kept their spots. ABC News Websites came in third, with The Daily Mail, Ninemsn, Yahoo!7, The Guardian and The Age, all remaining stable on the list.

Another trend in the month of February, according to Nielsen, was that broadcasters’ websites saw a spike in unique audiences following a raft of new programming and the start of the 2015 TV ratings season.

Yahoo!7 TV also saw an increase of 46% to reach a unique audience of 1.70 million, while Foxtel and Tenplay also recorded growth, with the sites both seeing an audience increase of 28%.

Monique Perry, head of media at Nielsen, said: “With the start of the new TV ratings season and increases in new programming, the commercial TV networks have been successful in driving incremental unique audiences to their online portals. More and more we’re seeing audiences look online to complement their offline viewing and continue their engagement.” 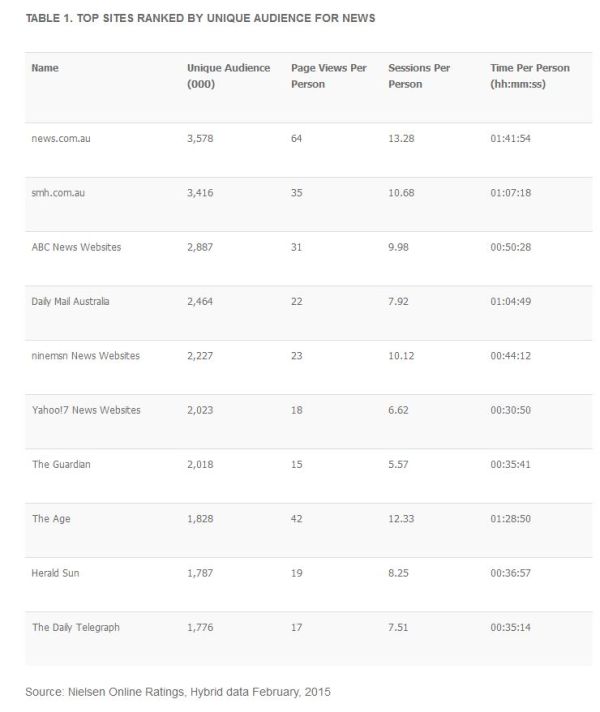