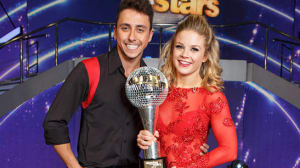 Southern Cross Austereo presenter Emma Freedman has picked up the winners trophy on the grand finale of Dancing with the Stars.

However the show had its lowest grand final episode ever, picking up 883,000 viewers according to preliminary overnight OzTam figures, and making it the eighth most watched show of the night. Last year's grand final pulled in 1.07 million viewers.

For the second episode of Nine's The Block's return, the show was the sixth most watched show of the evening with 932,000 viewers while the network's House Husbands reached 699,000 viewers as the 15th most show of the night.

Ten's The Great Australian Spelling bee followed as the 16th most watched show of the night on 662,000 viewers.

CX agency Lavender has launched a new graduate program, Genus, for 2016 intake as it hunts for fresh talent.

The program is based around the idea of a "Genus" which houses multiple individual species. Successful candidates will be placed in a role that suits their strengths, with the core unifying featuring being a dedication to the customer.

Lavender head of talent Tess Lavender said: "We’ve had great success with graduates we’ve brought on in previous years and we are committed to investing in talent to nurture and grow the industry leaders of the future. To that extent, we felt it was important to create our own program.

"We have made a significant investment in the Genus Graduate Program and we intend to grow it to a level that means graduates will aspire to join.”

Applications close 28 September and are on offer in both the Sydney and Melbourne offices.

Programmatic video platform SpotXchange have re-branded to take on the shorter name of SpotX to reflect the company's shift from ad exchange to a complete inventory management platform.

SpotX now incorporates an ad server, SSP and programmatic infrastructure including both open and private marketplace capabilities to help publishers manage all aspects of their video ads.

Founder and CEO of SpotXm, Mike Shehan, said publishers are after a “one-stop shop” for sales platforms.

Last month, SpotX's vice president of programmatic TV, Randy Cooke, flew into Sydney to meet with Channel Nine, Seven, MCN and SBS to try and get major networks on board with the “nebulous” world of programmatic TV.

NewsLifeMedia’s group publisher of lifestyle brands Nick Smith has announced that Matthew Drummond has been appointed editor of GQ Australia.

In his new role starting in November, Drummond will be responsible for growing GQ Australia’s market position with Australian men across print, digital, social and events.

Drummond joins GQ Australia from The Australian Financial Review where he has been editor of AFR Weekend for almost two years.