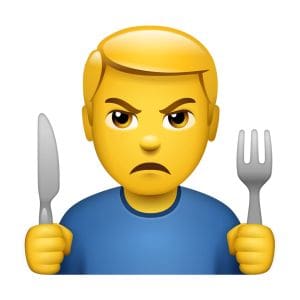 Salesforce has agreed to buy marketing-data startup Krux, with the deal said to be worth $700 million the Wall Street Journal is reporting. The funds are said to be split between cash and stock, and the move by Salesforce is said to be a bid by the cloud-software giant to bolster its marketing-data and analytics segment. Krux is six-years-old with the firm specialising in providing companies with data that allow them to hone their marketing and advertising capabilities.

It's not a typo, Virgin Mobile has launched eMEji's, which are emoji's that are “designed for the people, by the people.” The new emoji's feature emotions that previously haven’t been catered to, such as hangry and hungover, as well has now having images in support of marriage equality and of course budgey smugglers. See all the eMEji's here.

SBS Viceland to launch in November

SBS will Vice will launch a new youth-oriented channel SBS Viceland at 4pm on 15 November 2016. Earlier this year, SBS and Vice announced a partnership to replace SBS 2 on television and online platforms. SBS Viceland will feature the best of SBS 2 news, sport and entertainment alongside programming from Viceland, which launched to critical acclaim in the US earlier this year. It includes programs overseen by award-winning director Spike Jonze and covers culture, music, sports, fashion, technology and more.

Snapchat was in full flow over the weekend with Gatorade and Rimmel launching sponsored lenses on the platform over the long. Weekend. Gatorade's effort recreated the Gatorade Shower that Bulldogs' coach  Luke Beveridge was treated to after the teams emotional and historic victory in the AFL Grand Final over the weekend. Rimmel's slightly more glamorous lens uses the augmented reality feature to demonstrate the lash lengthening capabilities of its mascara.

Twitter has moved its PR account from Ogilvy to Sling & Stone following a competitive pitch. Twitter has had its PR with Ogilvy for more than two years. The social media platform says the PR agency is the ideal business to take its PR efforts to the “next level”.

A new independent data governance industry association, Data Governance Australia (DGA) has launched chaired by former ACCC chair and current Monash Business School professor Graeme Samuel. There are 12 board members from a cross-section of Australian industry. DGA will provide advocacy, education, support and thought leadership on all aspects of data usage and will operate alongside its sister associations ADMA, AIMIA and IAPA.