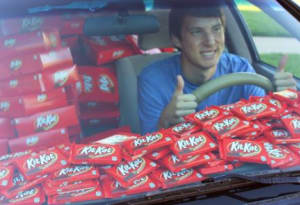 After US student Hunter Jobbins had his KitKat stolen from his car and then tweeted about it, the Hershey-owned firm was quick to flip the crime into a clever PR stunt. In order to make good, the brand decided to fill Jobbins' car with more than 6,000 bars, which Jobbins shared with fellow students. The KitKat kind move follows an incident whereby Jobbins, who had left his car unlocked for 15 minutes, returned to the scene of the crime where he found a note which said: “Saw KitKat in your cup holder. I love KitKats so I checked your door and it was unlocked. Did not take anything other than the KitKat. I am sorry and hungry.”

KitKat initially tweeted: “Who steals someone’s KitKat?! WHO DOES THAT?! Shoot us a DM and we'll replace it for you.” And that they did. 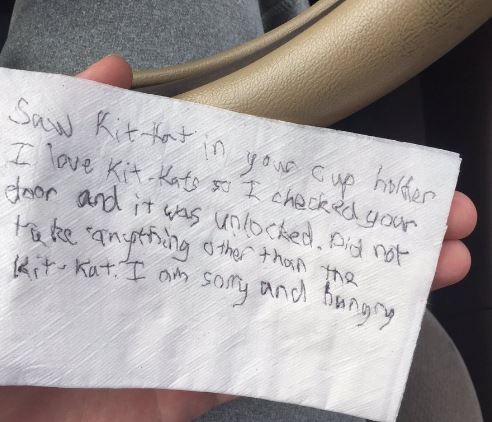 Return of the elf

Days after David Jones released its full kit and caboodle of Christmas TV ads, Myer has unveiled a short teaser of what to expect from its festive ads for 2016 and yes – the elf and reindeer stars from 2015 are back. Don't fret, the characters all make it to the tree and the ad ends with a note about 13 November – when the full campaign will be revealed.

The latest figures from Roy Morgan show that more Australians are embracing printed magazines with digital channels acting as an extension of the brand. Roy Morgan released the latest Australian Magazine Print Readership and Cross-Platform Audience results for the year to September 2016, which show print magazines reached 12,575,000 Australians, up 2.7% compared with the 12 months to September 2015. Food and entertainment was the best-performing category overall, growing 17.1%.

It's not just big TVCs and online ads Coke uses as popular media channels, the global brand is also a fan of out of home advertising as its latest Bondi mural proves. AdNews spots 10 bottles – can you find them all? According to the mural, the work is done by Mulga, which is Joel Moore, a Sydney based artist, freelance illustrator and poet who paints murals, designs T-shirts and runs the Mulga brand.

Spotted any other cool outdoor brand murals? If so drop us a line.