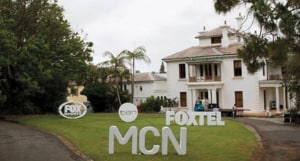 The Multi Channel Network (MCN) has appointed a chief data officer as part of its senior management team. Reporting to CEO Anthony Fitzgerald, Mark Brandon will lead MCN’s Multiview research, Insights and Analytics team, as well as drive the company’s data development strategy. Brandon began his career in agencies before moving to UK broadcasters ITV and Channel 4, where he led early stage activities in interactivity and digital.

Prior to this daily fantasy sports violated his state’s gambling laws, but it was DraftKings and FanDuel that pushed forward getting new laws passed that explicitly legalised their operations and delineated it from sports gambling. One of the new bill rules states that that the accurate odds of winning must be actually represented in all advertisements.

Twitter and video ad tech company Innovid have revealed a tie-up that gives Amplify advertisers viewability stats and numbers about who is watching their ads. According to Adweek, Twitter advertisers will be privy to more data and have access to more tools to help gauge how their clips are performing on the social media site. By plugging into Twitter's API, Innovid's clients will have access to stats and an option to run their promos as Amplify clips.

National health media network, Tonic Health Media, has launched the first in its series of agency mental health engagement and education sessions at Ikon’s Sydney offices. Hosted by physician and media personality Dr Norman Swan, the “Psych Up” series aims to educate over-worked and stressed agency staff with simple, evidence-based ways to stay fit and healthy in today’s increasingly competitive media world. The program forms part of an initiative dedicated to improving overall health of people in the media industry.

Bank of Queensland (BOQ) is the first bank in Australia to be an endorsed employer of women by Diverse City Careers (DCC). Founded by Gemma Lloyd and Valeria Ignatieva, DCC is a social enterprise specialising in helping women find rewarding jobs in non-traditional industries through their unique jobs board.

BoQ MD Jon Sutton agrees women have been under-represented in many industries and the financial sector is not immune. Just recently, the bank increased its women in leadership from 27% to 32% in five months. BOQ joins other DCC endorsed employers such as Accenture, Dropbox, Minter Ellison, Aecom, Aurizon, Origin Energy, Curtin University and AustralianSuper.