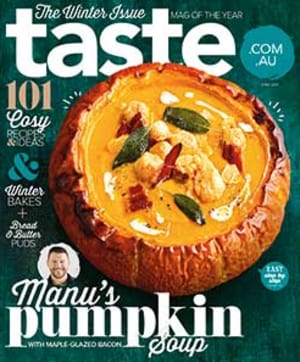 The Sydney Morning Herald has retained its top spot as the highest-reaching title across all platforms, with 5.96 million readers, according to the latest Emma data. The Daily Telegraph followed, reaching 4.39m readers and the Herald Sun on 4.4m. The report also found news media is read by 93% of the adult population in print and on digital devices, with 76% of people reading a newspaper. Digital audiences continue to grow with 13.2m people accessing news media content on laptops/PCs, smartphones and tablets during April.

Readership figures shows NewsLifeMedia's Taste.com.au is the most read across digital and print, reaching an audience of 4.4m. Bauer's Woman's Day is the most read in print on 2.9m and 3.1m in overall readership, followed by Pacific Magazine's New Idea reaching 2.9m.

Pacific Magazines has completed its first phase of its digital rollout, unveiling new websites for brands including New Idea, Who, FamousLive, Women's Health and more. The rollout follows Pac Mag's decision to take control of its digital assets earlier this year, focusing on creating mobile first destinations. The makeover has seen an 185% increase in traffic growth since April, which CEO Peter Zavecz says is an "impressive feat" and commercially important for the publisher.

Association for Data-Driven Marketing and Advertising (ADMA) has launched its ADMA Regional Marketing Scholarship, supported by Telstra. Each year, five aspiring regional and rural young marketers will be awarded an intensive six months marketing education program. The aim of the ADMA Regional Scholarship is to ensure that Australians across the country are provided the skills and knowledge needed to become the next-generation of marketers.

Multi-channel campaigns bought with 'one transaction'

BMW and DOVE Men+Care have launched a series of rugby integration campaigns across Ten and Fox Sports that were bought by with only one transaction. Multi Channel Network (MCN), the sales arm of both TV channels, says the campaigns will be the first time two major sponsors will reach all rugby viewers, including in-show segments, with a single transaction as part of MCN's new combined sports offering.

The DOVE Men+Care campaign features Wallabies flanker David Pocock discussing outdated perceptions of masculinity in society, while BMW will create in-show segments across both networks called ‘Ultimate Moments'. They will run from June through to October 2016, encompassing the Wallabies test series against England and the Rugby Championships.